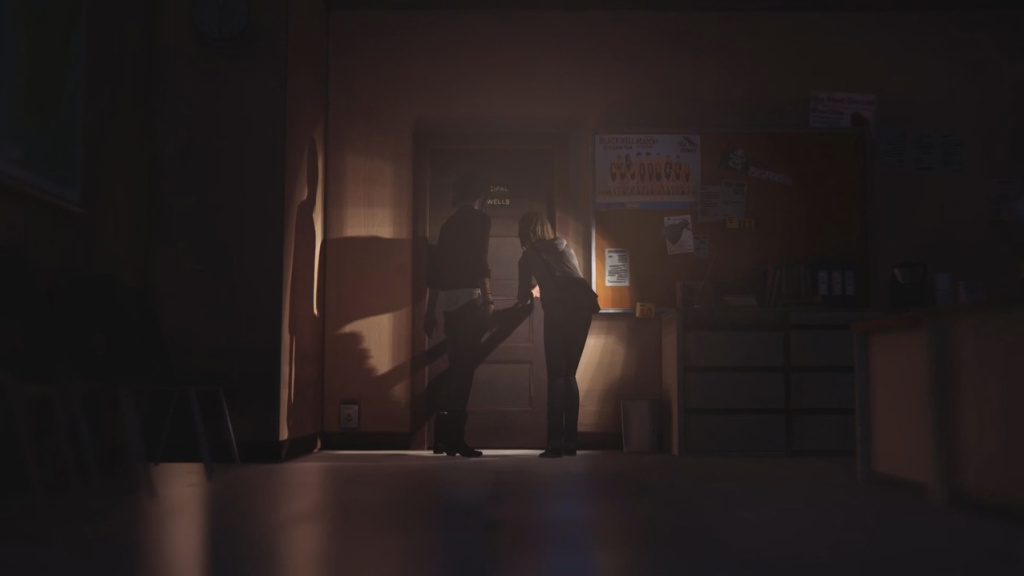 Like any good television or video game series, it sometimes takes a focused episode to highlight the best parts and drive them toward a larger, final point.

Chaos Theory is the most self-contained episode of Life Is Strange yet, but it works off the strengths of what came before and uses that to set off fascinating repercussions for what comes next.

To get there, it cements the relationship of its two best characters and then tears them apart.

Max and Chloe have always been the moral center of Life Is Strange. Chloe’s energy and rebellious attitude naturally wears away Max’s shy demeanor and follow-the-rules mentality. This dynamic makes their scenes together magnetic–and the player choices within actually feel morally grey–because it reveals a vulnerability to Max that we don’t see anywhere else. Max’s classmates rarely prompt her to say how she really feels. Instead, these emotions are written in her journal or monologued in her head. We know who Max is as a player, but almost never get to see her portray it to any other character but Chloe.

And despite their few regrets, their relationship gets at what true friendships are like. Sometimes we can only say what we really want to around the people we love. This is key to Max and Chloe’s relationship and it’s what makes this episode so incredibly tragic.

Chaos Theory’s ultimate point relies on that relationship working and so it spends much of the episode bringing Max and Chloe closer together.

The pool scene in the middle demonstrates what I’m talking about here beautifully.

After breaking into the school to get more information about the weird recent events, Chloe talks Max into celebrating in the swim team’s pool. True to her character, Max is initially reluctant but Chloe’s enthusiasm changes her mind. It’s the kind of moment that’s happened before, but here it feels like the real narrative reason to have them break into the school. After all, they don’t even find any specific answers about the strange events, just more leads to follow. Outside of the scenes in the truck, we don’t get Max and Chloe in locations that feel almost separate from reality. The calm blue-hued pool is where they can, both literally and not, strip down to the rawest versions of themselves.

It’s where they have time to digest everything that’s been going on up to this point. Chloe reminisces about Rachel. Max hopes to find a reason for her time-rewinding powers, what’s going on with the town, and what pushed Kate to attempt suicide–at least for my playthrough. They even bring up that fact that Max’s powers began when she saved Chloe. There might not be a tangible link there, but it’s what brought them back together. This contemplation on the past and acknowledgement that they need each other to get through this is good motivation to keep pushing forward. Heck, Chloe even directly says as much. 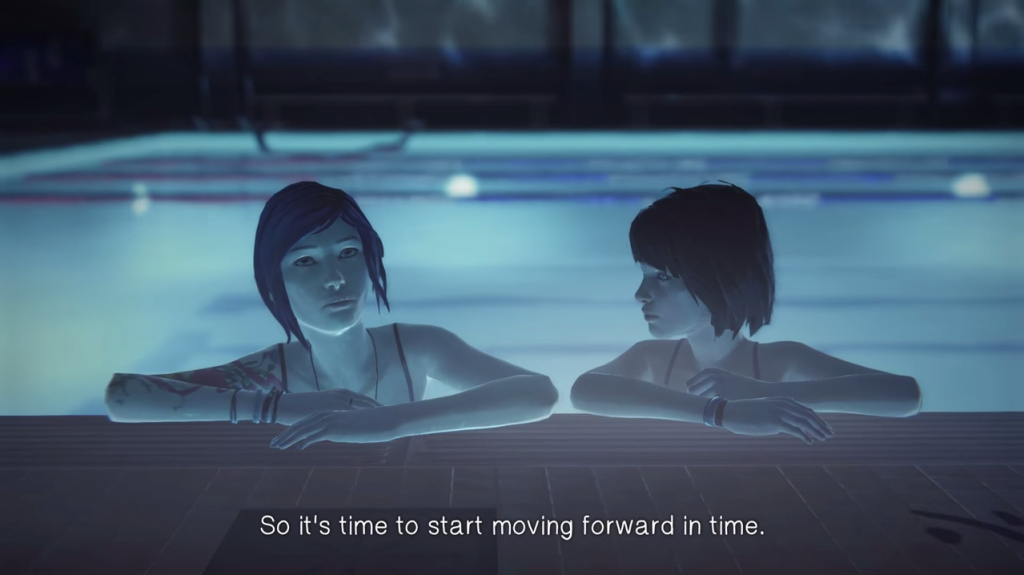 The pool scene solidifies Max and Chloe’s relationship just in time for it to be challenged.

Max’s powers can help her with little things like knowing what to say to people to get them to reveal something, getting a subject in perfect place to take a photo, or moving a person out of harm’s way. But her powers have unforeseen consequences, as we see, as players, making decisions that have effects on subsequent episodes. Max can never truly know how influential her manipulations can be in the long-term. And that’s really what makes her powers so risky, even if she has good intentions.

Given how Chaos Theory ends and what we know so far, I’m starting to believe this gets at  what Life Is Strange is really about. With a couple episodes remaining, that could change, but it’s still at least what gives this episode its impact.

That message is this: we can’t map out the millions upon millions of variables in our lives that make us who we are. Hence the title of the episode.

Max’s supernatural time-rewinding power can’t control everything and one change might be disasterous. Nothing has a clear starting point. From the hurricane heading toward the town, to Kate’s depression, to Chloe’s personality. And even with the power to go back and change something we know was catastrophic for someone, we can’t know all the factors that will also change in response.

This is the conflict at the heart of Max’s powers and it’s what Life Is Strange has been hinting at since the beginning of the season. Chaos Theory uses the game’s strengths to integrate its supernatural hook directly into the narrative. It’s no longer just a tool or toy for Max to get what she wants. It has specific consequences that have changed the entire scope of the narrative. It finally feels whole and its given the game a compelling sense of purpose and momentum that it’s lacked until now. Hopefully it can maintain it all the way until the end. And even if it can’t, this episode might become the best example of what’s so fascinating about Life Is Strange. But who can really say?