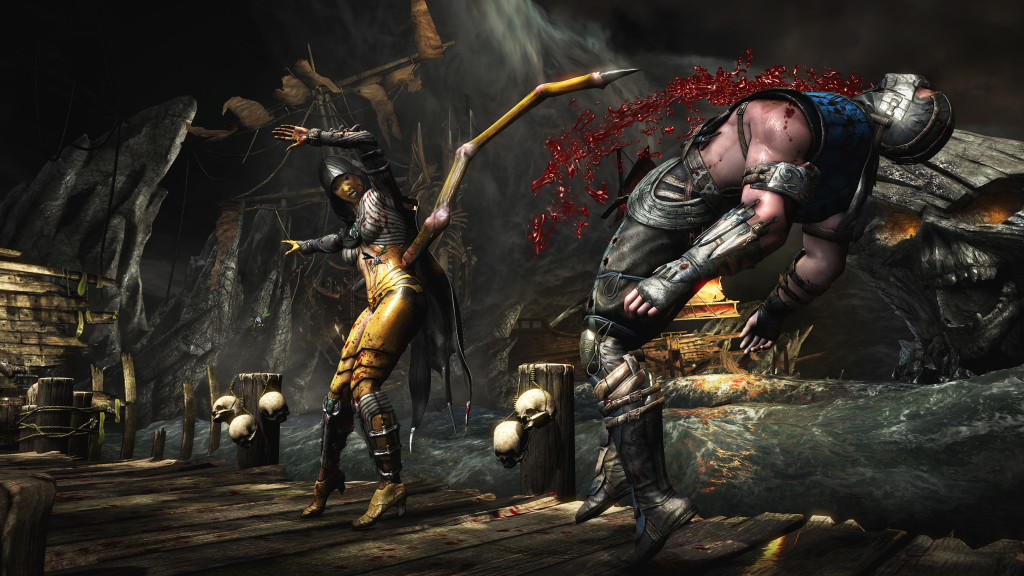 For current-gen owners, there’s not much of a choice of fighting titles right now. There are some indie fighters here and there, and Super Smash Bros. for Wii U, but Mortal Kombat X marks the first main fighter entry for PS4 and XB1, not counting re-releases like Injustice. 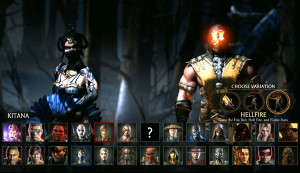 Instead of jumping outside the box the reboot created in 2011, MKX instead builds on the success the story mode and fighting had. While there are some problems here, for the most part NetherRealm succeeds.

The story builds from where the last game ends. Shinnok has been sealed in his amulet after trying to take over the realms. However, instead of focusing on the original trilogy with characters you know, the story takes place 25 years in the future, allowing for both new characters and older characters, as well as their children.

Overall, the story has many more highs and lows than the last game. The last one had a lot of twists and turns, but always kept me hooked. This one has some cheesy moments and cutscenes that drag on far past when they should have ended, complete with the occasional QTE.

Even with the long cutscenes, the story ends sooner than the previous title. They’ve also cut out some battles from the past game, such as the difficult boss battles and 1v2 matches. For the most part, though, the story is still great to experience, and a good starting point to get used to different characters going through different chapters. 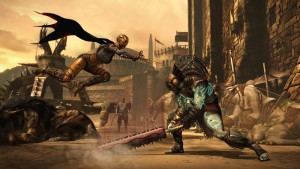 The new roster also has its highs and lows. There are 29 fighters, not counting the five extra ones as DLC, with Erron Black being a great new addition, Cassie Cage being a good combo of Sonya Blade and Johnny Cage, and Scorpion still being a great mainstay character. Not all new characters are a hit, though. Kotal Kahn seemed sluggish to me in getting combos off, and others like Kung Jin seem pointless as well.

As for the combat, nothing has changed too much. There are still just five buttons (two punches, two kicks and block) to worry about, but combos are complex and rewarding when they are pulled off. Powered-up abilities via EX moves are back, as well as combo breakers to get out of corners and the X-Ray super moves. Sure, X-Rays are entertaining to use and do good damage, but often, especially against human opponents, it’s better to save the bar up to use a combo breaker to get back on the offensive.

One of the things that has been added to the game is variations. Each character has three different variations, normally centered on a characters key special move. Ermac, for instance, has a variant that lets him fly, and another that gives him a new move set. These variants sometimes are just a change out of special moves, but they often add enough change to give some extra depth to the combat in figuring out styles and opponent is using and how to counter it. 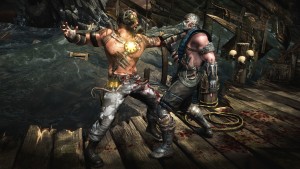 Outside of the story mode, there is, of course, local and online multiplayer matches. Online multiplayer has been hit or miss so far. Some matches take place without a hint of lag, while others will have fighters jumping over the place with sporadic moves and stuttering.

There are also a few other modes to check out as well. Towers features series of fights that are premade as well as Living Towers, which change on an hourly, daily and weekly basis. There’s also Test Your Luck and Test Your Might, the former a great mode to play. Test Your Luck adds random modifiers to each round, like no arms or no defense, that will really challenge experienced players and give newer players an edge in the randomness. The random modifiers can also be used in multiplayer matches, 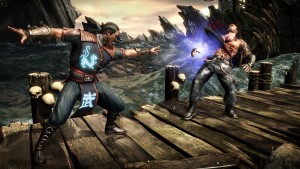 Then, there’s also the Faction War, the meta-game that doesn’t mean too much in the long run. You choose one of four factions to join (Lin Kuei here), and every battle you take part in gives you contribution to the group’s ranking. If your group is leading at the end of a time period, you can get some extra currency to use in the sprawling Kyrpt, group finishers and more. It’s not much, but it can be entertaining.

I couldn’t end this review without talking about the micro-transactions. Sure, there are the easy Fatalities to buy, but they aren’t needed to enjoy the game. Fatalities are fairly easy to pull off this time actually, and the easy ones just show what people will waste money on. Plus, with Brutalities in the game that require certain requirements be met before even using them, there’s something for more advance fighters to try and accomplish to humiliate other fighters.

Final Thoughts:
If you need a fighter to play now, Mortal Kombat X does a good job building on the last game. While it doesn’t capture the story charm as the 2011 title, it’s still enjoyable to go through before taking your skills online. However, if fighters like Jason and Predator interest you, you may also be enticed into the Game of the Year/Ultimate edition that will no doubt come out next year with all DLC fighters included.