GTA 5 PC players without this mod are missing out

If there’s one thing the Grand Theft Auto games have always been good at it’s chaos. I remember playing my first Grand Theft Auto, which was Vice City, and assuming that setting the city on fire with gunfire and explosions was the point of the game. I was wrong of course, but also kind of right, right?

Since Grand Theft Auto 4, the series got a little more serious and a little less chaotic. There are moments where you’re shooting your way through cops and racing down busy streets, but it’s not encouraged as much as it was in the earlier games.

With one mod for Grand Theft Auto 5 on PC, you can bring those dangerous memories back.

The Pedestian Riot/Chaos Mode mod is why I used to play Grand Theft Auto. As soon as you flip it on, all the pedestrians in the world are armed with guns and ready to kill everyone. They shoot each other, they shoot you, and they occasionally shoot passing cars … with RPGs. It’s all-out warfare and a blast to play with. 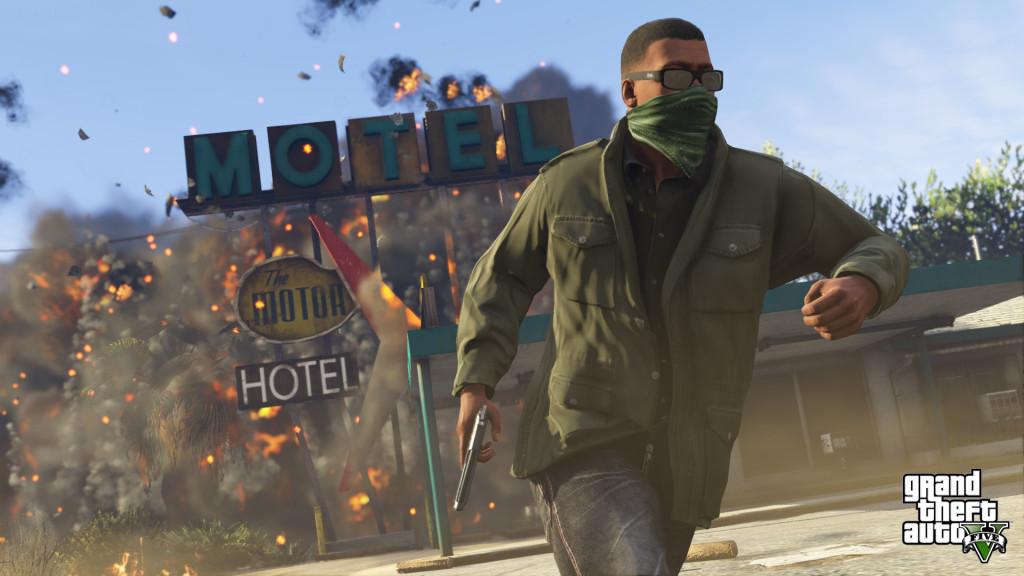 But it’s more than novel, it’s actually got a couple of specific uses.

For one, it’s a really easy way to capture a lot of intense action shots with the GTA 5 Editor. So many awesome things are going on that all you have to do is hit record and drive around. I did this and turned the footage into a first-person perspective in the editor. And then I shot it like my character was escaping a war zone, complete with a GoPro like shakiness.

The second thing I did, which you can see in the video, is turn it into a challenge mode. I set a destination on the map and tried to get there without dying, but I restricted myself to first-person view or only on-foot movement. It’s not especially difficult, but you can run into some tense situations where cars are blowing up around you and you’re too closed-in to get out in time. It’s mostly the explosions that kill you, but hey, it’s ripe for a good story to tell your friends or make a video with.

Riot mode is how I lost several hours in, surprisingly, Liberty City Stories for PSP. I’ve never been that thrilled with the storyline in GTA games. I get more enjoyment seeing a big realistic world react to a madman with guns. The GTA 5 mod is doing the same thing for me as it did then, although it’s a little easier to see through the facade. Before, I liked to imagine it as a zombie movie where I was taking out crazed people with a shotgun, but now I can see the game dropping them from the sky when I walk into a new chunk of the world. So it’s a little quirkier this time, but just as fun.

My only complaint with the mod is that you can’t get a wanted level with it on. I’m not completely sure why it doesn’t let the cops come after you. My only guess is that it would be too much AI for the game to control at once? I’m not sure. I’d love to get some helicopters and SWAT into the mix, but maybe I’ll have to wait until the next game.