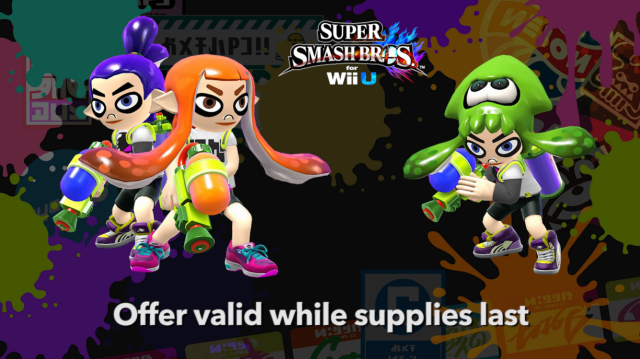 Preordering Splatoon from GameStop will provide players with free DLC costumes for the Wii U version of Super Smash Bros. Players will be able to dress their Miis up as Inkling Boy, Inkling Girl, or give them a Squid Inkling hat to wear while they fight among Nintendo’s other all-stars. Considering the Splatoon “Shooter” weapon is equipped, it can be assumed that these costumes may only apply to the Mii Gunner. Codes will be available only while supplies last and can be obtained by preordering in store or online at Gamestop.com. Splatoon comes out on May 29th, 2015, and will be exclusive to Nintendo Wii U.