Nintendo held a special Nintendo Direct focused on Splatoon, their Wii U team-based shooter. Not only did it run through the basics of the game, but it also introduced new information. It showed off Inkopolis, the in game hub where players can shop for gear like clothing, as well as weapons, which become available as players level up. 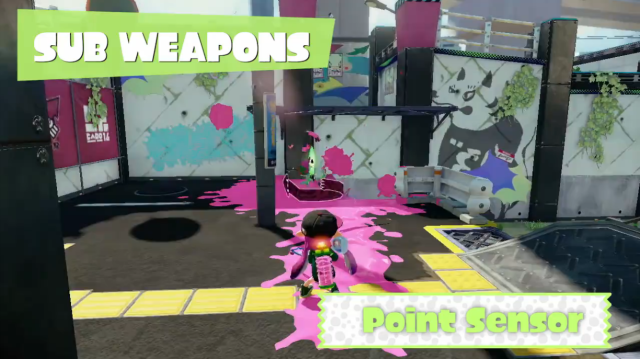 Some of these weapon types were detailed as well, as the Shooter is the standard type weapon with a variety of types, but mostly used for close range combat.  The Charger is a sniper type weapon, meant for long range attacks in various setups.  The Roller is a weapon that paints the ground but can also run over opponents, and also offers a variety of types. It was also mentioned that there were also nine different Sub Weapons to utilize in the game, offering a variety of loadouts for players.

Special weapons were also shown, as these weapons are available once the player fills up their special gauge by covering the ground with ink. Some of these weapons are able to turn the tide for a team, as many offer team bonuses like the Bubbler, a protective shield that will reflect enemy attacks, as well as shield other teammates too.  The Echolocator is another special weapon that helps teammates by making all opponents visible across the map. The Kraken turns players into an invincible monster squid that can roam around and destroy enemies with ease. The Inkstrike allows players to shoot a rocket in the air to whatever location they point to on the Wii U gamepad’s map, creating a large and powerful tornado in that location. 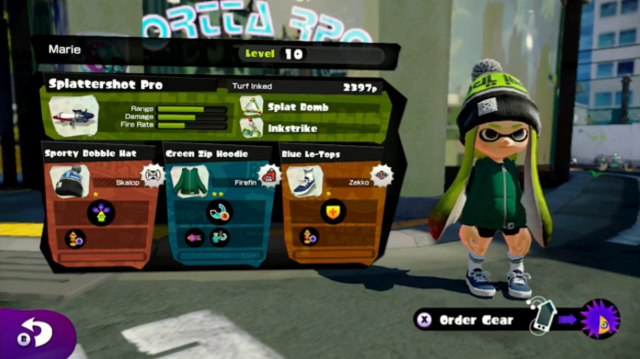 Gear can also provide abilities to further make a unique Inkling character.  Some of these abilities include damage up, ink efficiency, defense up, and even more curious abilities like ninja squid or stealth jump. Gear can be equipped with up to four abilities and can further make a player a force to be reckoned with, though if players speak to a certain character in the plaza named Spyke, they can spend a special currency to add slots to gear, allowing more abilities to be equipped.

The Direct also detailed names of various maps, including Urchin Underpass, Saltspray Rig, Blackbelly Skatepark, Walleye Warehouse, and Arowana Mall. Urchin Underpass was the same map used in the demos at E3 and WonderCon 2015, and seems to be the most even. Saltspray Rig has a lot of obstacles on the upper area for intense firefights, but the lower area has an area that is vulnerable to your teams ink color.  Blackbelly Skatepark is a large map full of wide open areas, and is full of halfpipes and a tall center platform that gives players the high vantage point to shoot ink from. Walleye Warehouse is a close quarters map, being full of many obstacles in the middle of the map for players to utilize to their advantage. Arowana Mall is a narrow map, allowing players to clash in intense battles. 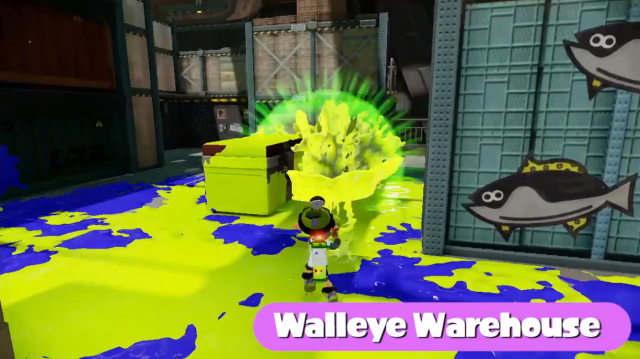 Also detailed was the single player, including the goal of stages as players fight against Octarians as they try to recover Zapfish. Players can collect power eggs to improve their weapons in this mode, as well as use special weapons to help them against the more powerful Octarians, suchas ones that will fight just like Inklings. Players can also look for scrolls in each stage, providing more depth to the world of Splatoon.

Multiplayer mode also had more information provided as it showed the two different types of online modes. Regular Battle has teams of four players battle another team, though the teams will shuffle after each round. Even if players join up with a friend, they may be teammates or they may be fighting against each other. There will always be two stages to choose from during online multiplayer, switching out every four hours with different maps, intended to make strategies a bit easier to come up with. 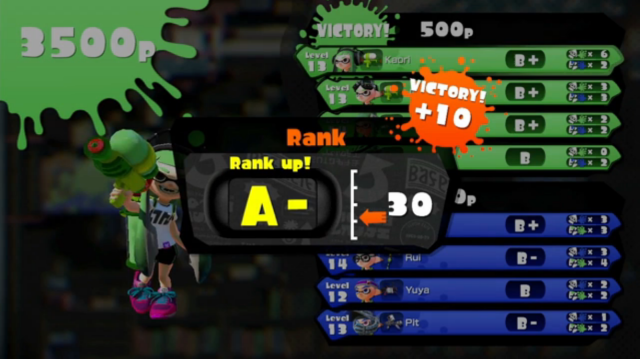 Ranked Battle includes modes like Splat Zones, where players will fight for control of various zones of the map. The team that controls the area the longest will win the match. Players will rank up with wins or lose rank with losses, ranging from C- to A+, and ranked mode will only unlock after enough players reach level 10 through Regular Battle. 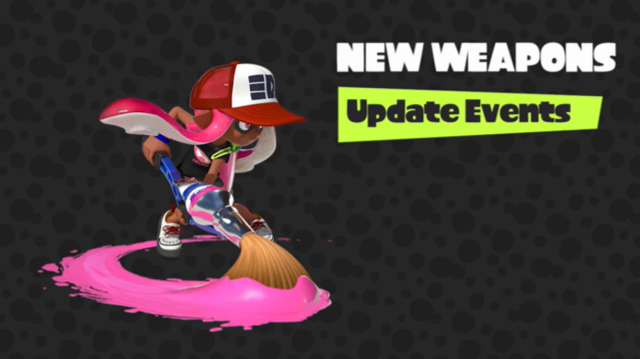 It was mentioned that free updates will be added to the game, including new stages (about nine teased during the Direct), new gear, and new weapons like the Roller type weapon, the Inkbrush. New modes will be added as well, like Tower Control or Rainmaker for Ranked Battle. An update in August will allow players to join their friends in a team to fight another team, but will also add custom battle options for players to utilize. 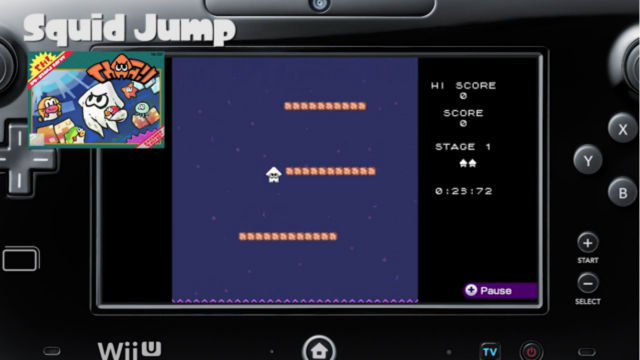 The game will also include various retro styled mini games like Squid Jump, available at an arcade cabinet in the plaza. And while Amiibo support has already been known about for a while, we have new information regarding it. Not only will the three Splatoon Amiibo give 20 challenges each, but completing all the challenges will unlock another mini game to be swapped out of the arcade cabinet, including games like Squidball, Squid Racer, and Squidbeatz, which can all be played while waiting for a match to start online as well. 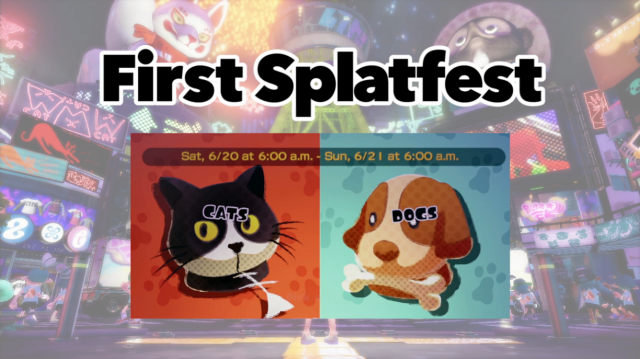 One last thing detailed in the direct was Splatfest, a special ongoing event in the game where players will be able to choose a team to align themselves with. The teams will have a special ranking and winners will earn a Super Sea Snail, the currency used to add ability slots to gear. The first Splatfest will take place starting at 6AM PST on June 20th and will last till 6AM PST on the 21st, so for only one day. The teams will be based on whether the player likes cats or dogs better.

Splatoon will be out on May 29th and will offer a public beta period starting tomorrow, May 8th. People who preorder the game at GameStop will also be able to receive bonus Splatoon themed DLC costumes for Super Smash Bros. for Wii U.