The Nintendo eShop is a vast wealth of tons of indie games; some deep with stories, some innovative with gameplay. In this case, Lightwood Games’ Word Search by POWGI is more of a casual affair. Just as the name implies, this is a word search game. Nothing fancy, no over-the-top effects or special tweaks to the formula. It is meant for the ones that just love to do word search puzzles, whether on their own, or in the company of friends. 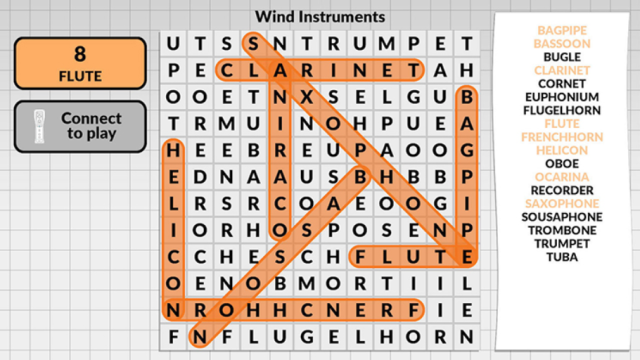 Boasting over 300 puzzles, most of them with just under two dozen words to find, the game offers a large amount of puzzles that would take many hours to get through. These puzzles run across multiple different themes and categories, such as words that rhyme with “hay”, animals at the zoo, or even Muppet Treasure Island. Overall, it’s a very large variety of categories, some of which taking fun liberties with pop culture and ideas.

Using the Wii U gamepad, players can use the stylus to find and highlight their words, as the game keeps track to some upbeat music. What the Wii U version features is that up to four other players can join in at any time with a Wii Remote, allowing them to highlight words as well. The game will track scores for all players, so it is up to the players to decide if they want to make it a competitive game, or just consider it a cooperative affair.

Despite it being a simple game with very little to go against it, the downside is that there isn’t really a lot to motivate the player. It is a word search at it’s most basic form with most of the fun coming from having other players to compete with. There can definitely still be a sense of accomplishment for players looking for a bit of a challenge, but that would only be so satisfying to a certain audience. Running at $7.99, it may be hard to justify putting down that much money for such a novelty type of game, but for fans of puzzles, it may be right up their alley.