Hyperdimension Neptunia Re;Birth 2: Sisters Generation arrives on Steam in May

During their press event, Idea Factory as thrilled to announce that on May 19, 2015, “the CPU Candidates of Hyperdimension Neptunia Re;Birth2: Sisters Generation will be joining their Re;Birth1 big sisters on Steam!” 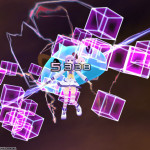 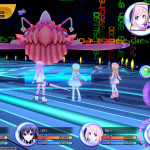 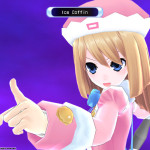 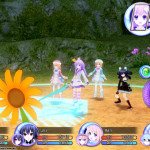 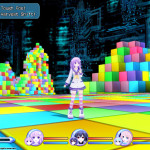 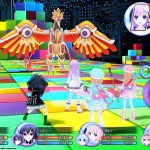 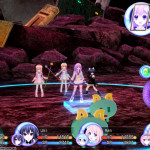 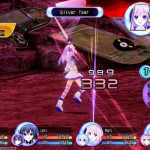 The PC release will allow gamers who may have missed the title on PlayStation Vita to check it out, and the game itself will boast 1080p graphics. The game’s story, for those who are unaware, goes something like this: Gamindustri is facing a dire crisis. Shops are boarded up, creators are overworked and starving, and death is looming over all Gamindustrimen. The CPUs refuse to let the world end, however, and they will be fighting to protect it.

Though Gamindustri had long ago severed its ties with the Lawless Realm, the advent of ASIC (the Arfoire Syndicate of International Crime) has caused morality to all but vanish. Now as much as 80 percent of the students are rumored to worship a being known only as Arfoire, and parents, despite knowing it to be a poor deity to worship, have allowed them to do so.

Things get worse, however, as even the governing bodies have turned a blind eye to it, rather than crush it before it could grow into a legitimate threat.  Now, do the CPUs have any chance at righting the messed up world?

Here are the key features, as presented by the official press release:

Gamindustri in 1080! Experience all the humor, turn-based battle, and crazy HDD transformations of Re;Birth2 with the sheen of 1080p excellence!

Four or More for War! Have up to 4 characters on the battlefield, and 4 more on the sidelines, ready to jump in and give their support!

Stella goes Rogue! Send Stella out to brave Gamindustri’s dungeons in this realtime mini-game and she’ll collect all kinds of treasure for you – you just sit back and eat pudding! Be careful though, because if she dies in the dungeon, she’ll lose all her special gear!

The World’s your Oyster! Customize the Gamindustri experience with Plans, which allow you to do things like increase/decrease enemy difficulty, change the items you’ll receive from a dungeon, and more!

Build-a-Sword! Use Idea Chips and Blank Discs to create custom equipment that can open up new worlds of skills for you!

If you missed it on Vita, will you be checking out Re;Birth 2 on PC?