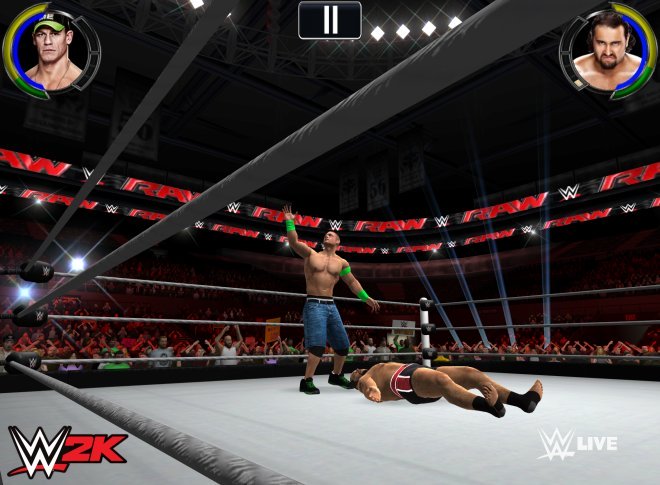 2K, which currently has a card-based WWE game on mobile devices, has today released their new simulator, dubbed WWE 2K for iOS and Android.

WWE 2K was developed by n-Space and Visual Concepts, and can be downloaded today for $7.99.