Idea Factory released a new batch of screens that shows off the Harmonics system in action. Harmonics is activated when two or more of your idols have consecutive turns, and once activated, you will be able to cycle through your characters to strategize your attacks and even perform special Harmonic Chain combinations.

With these special combinations, you’ll be able to combine the skills of your idols in order to unleash extra deadly (and extra flashy!) attacks on your enemies, dishing out tons of damage (and look fantastic doing it). 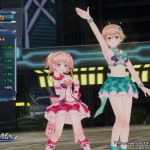 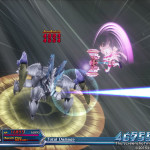 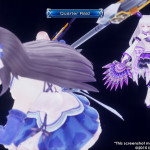 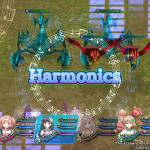 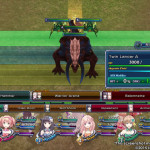 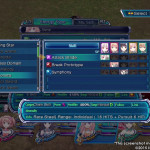 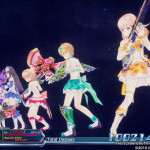 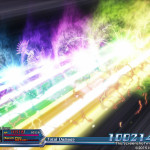 Here’s a quick blurb about the game for those who haven’t been following it, courtesy of the official press release:

In a world overrun by a mysterious, malevolent darkness, the only hope for humanity rests in the music of singing idols known as “Verse Maidens”. Wielding weapons of sound, they are tasked with fighting back evil and restoring the world, but it won’t be easy! These five plucky girls – with the help of their manager Takt – will have to give the performance of a lifetime to stop this darkness from claiming the last of humanity. Will they be able to band together and blow this evil away, or will they fight only to discover that the darkness has been lurking within them the whole time…?

Will you be able to stop the darkness?