For the Love of God Stop Calling it “E-sports” 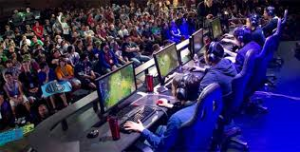 For The Love Of God Stop Calling It e-Sports

For a dark and shameful portion of my life, I worked as a retail clerk at a major national chain (I won’t name them here, but it rhymes with vest guy).  When I’m forced to admit to as much on my resume, I don’t say I worked as a salesman, or a sales clerk.  Nope.  I was a sales associate.  It even said so on my nametag!  I called myself a sales associate because I was embarrassed to call myself a sales clerk or to say “I rang up games at Best Buy.”  When professional gamers refer to themselves as athletes, or what they do as an e-sport, it smacks of the same kind of embarrassment.  It doesn’t raise gaming, it lowers it.

Webster’s dictionary defines sports as… well, I’m not concerned with what Webster’s dictionary says.  I say that just to avoid a fruitless semantics battle.  The definition of sports was created long before gaming was around, so it may not be entirely appropriate here, and there are several definitions.  We do have a colloquial sense of what is meant by sports.  To give us something to work with, sports typically involve physical coordination, use of several muscle groups, hand eye coordination, cardio-vascular endurance, muscle strength, physical exertion, competition, and intense focus. 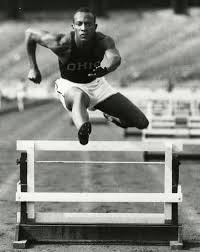 Like several activities (darts, bowling, chess, shooting, fishing, competitive eating), gaming is in something of a gray area.  It certainly requires strategy, physical coordination, competition, and mental focus.  While hand eye coordination comes into play, physical coordination is iffy.  Gaming uses a relatively small amount of muscle groups, even compared to iffy sports such as bowling.  Gaming does not involve cardiovascular endurance, nor does it require muscle strength.  It does require some level of physical exertion, but so does anything we do.  What is the threshold for physical exertion?  Gaming certainly requires more from a physical perspective than chess, but far far less than something like lacrosse.  Pokémon requires less exertion than Smash Bros Brawl, which requires less than StarCraft.  Is one more of a sport than the other?  Plus, while I’m not here to mock anyone, there are many gamers who are not especially impressive physical specimens.  No offense to Justin Wong, but Jesse Owens he ain’t.

There are many elements of gaming that do not apply to any other sport.  Digital manipulation of an object of character is not applicable to any sport I can think of.  While most sports strive to create a level playing field among players with a narrow range of acceptable equipment, gaming has a wide array of digital equipment.  (The Patriots balls were a huge issue of contention.  In the meantime, competitive fighting games allow vastly different “equipment” as in characters and weapons.  In some games access to “equipment” is limited by money).  Sports all involve the direct consequences of physical activity that is not interpreted through electronics. Sports, to my knowledge, do not allow for random elements, unless you count referees, while many games do allow some element of randomness.  Sports can not have glitches, unless you count referees or we’re in the Matrix, while that is always a possibility in a game. 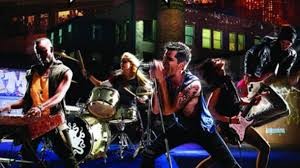 Think of something like a battle of the bands.  This would require basically all of the skills required by pro-gaming.  There’s competition, physical coordination, physical exertion, and mental focus.  Like a game, it requires a great deal of practice and skill.  Yet, band members do not refer to themselves as musical athletes, or refer to their activity as music sports.  Why?

Because musicians are cool.  Rather, musicians are perceived as cool by society.  Playing music is seen as a socially acceptable activity by society.  Musicians are revered as idols.  So, there is no need for musicians to try and make their chosen hobby/career cooler by association with a cooler activity.

Calling It An E-Sport Is Holding It Back

The reason I say pro-gaming isn’t a real sport and the term cyber athlete is ridiculous is not to insult anyone, or denounce pro gamers.  As a guy who has spent a huge chunk of my life playing games, and is currently writing about gaming, that would be hypocritical.  But, when gamers refer to themselves as athletes, it smacks of desperation.  It’s like when I used to call myself a sales associate.

Instead, how about we let pro gaming be its own thing?  Let it be its own activity, with its own skillset, its own nuances, its own value, and its own identity.  Let it be something that doesn’t need to beg for legitimacy by associating itself with gaming.  If you want it to be accepted YOU need to accept it, and stop pretending it’s something it isn’t.