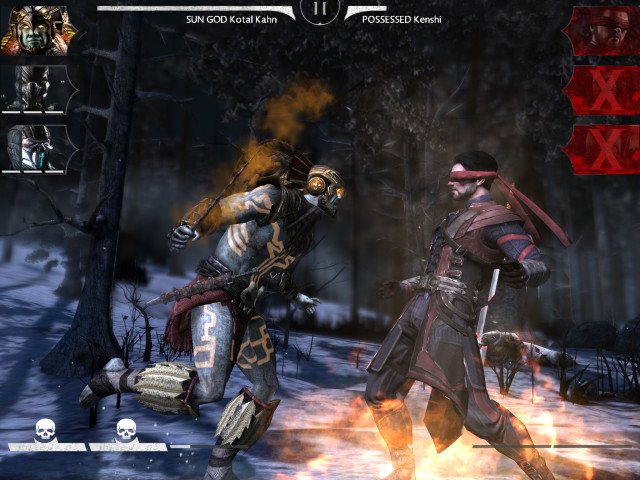 Mortal Kombat X is the bloodiest entry in the franchise, but the gore won’t be exclusive to the big screen: Netherrealm’s newest fighter released on iOS today, with an Android release in the future. Taking nods from the success of Injustice: Gods Among Us and WWE Immortals  Scorpion, Sub-Zero (my personal favorite), and more will battle for supremacy of the small screen as well.

The roster for MKX brings in old-school fighters as well as newcomers like Cassy Cage and Kotal Kahn, with a 24+-person roster overall. Like Injustice, play on the mobile version of the game unlocks content on the big brother versions released on consoles and PC. WIth special daily events and online multiplayer, this may be just the way to whet your appetite before Mortal Kombat X releases. It also promises cross-platform connectivity, and special “Faction Wars” allow players to work and access special content for the opposite platform.

Go ahead and get your fight on a week ahead of schedule: Mortal Kombat X is currently available for free on the App Store.