The idols of Omega Quintet, Idea Factory’s first PlayStation 4 game, is set to arrive in North America on April 28, 2015, they were excited to announce. In celebration of this announcement, Idea Factory shared a brand new batch of screens for you to gander at and enjoy: 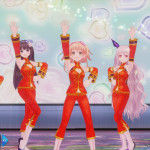 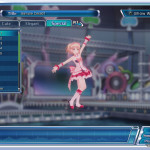 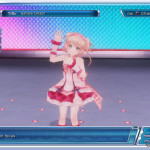 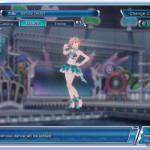 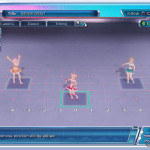 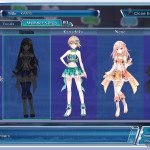 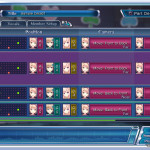 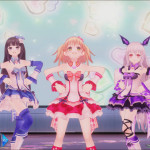 In Omega Quintet, music plays an integral role in the battle system, providing benefits such as stat boosts during battle. You will take on the role of a manager, and as such, be able to build relationships with each unique member of the group. Omega Quintet also has the unique honor of being the first PlayStation 4 game to utilize the Move controller in order to set up special idol performances.

For those who haven’t been following the title, here’s the game’s story and key features, courtesy of the official press release:

In a world overrun by a mysterious, malevolent darkness, the only hope for humanity rests in the music of singing idols known as “Verse Maidens”. Wielding weapons of sound, they are tasked with fighting back evil and restoring the world, but it won’t be easy! These five plucky girls – with the help of their manager Takt – will have to give the performance of a lifetime to stop this darkness from claiming the last of humanity. Will they be able to band together and blow this evil away, or will they fight only to discover that the darkness has been lurking within them the whole time…?
Key Features

Power of music! Harness the power of song to defeat evil! Every fight is a performance, and you’ve gotta give the audience what they want! By entering “Concert Mode” you’ll get boosts from your music, as well as be able to fill up your Voltage Gauge faster to perform special skills.
Break a…garter? It may be the end of the world, but you’ve also got idols on your hand and they must always be ready to perform! You’ll be able to customize their outfits, accessories, hair, and more! Be careful, though, because sustaining hits from the enemies can cause a “Costume Break”, which will compromise their outfits and leave them vulnerable to more damage!
Lethal harmonies! An idol group combines their talents to create beautiful harmonies, and with the “Harmonics” system, you can sing your enemies right into their graves! Create deadly super chains of attacks, utilizing each idol’s skill in the right order to keep the pain coming – it’ll be music to your ears!
Dance or die! Create performances for your idols and share them with the PlayStation®4 Share function! You can build each routine, move by move, and even use the PlayStation®4 Camera to project yourself into the performance, as well as the Move controller to add special effects! The better your shows, the more moves you’ll be able to pass onto your idols!

What do you think of the new promotional screens? Does Omega Quintet sound like a game that can strike all the right chords with you?