Why Nintendo Needs To Launch A New Console In 2016 Since this is the internet, and fans get very sensitive about these things, I’ll start by saying that I enjoy my Wii U.  It is the only current gen console I own as of now, and its 2014 lineup wreaked havoc on my wallet.  My personal enjoyment aside, the Wii U is clearly not a success.  Sure Nintendo will make money off of it in the long run, but after the tremendous success of the Wii, it’s hard to put a positive spin on this harsh decline.  While its opponents want to extend this console generation as much as possible, Nintendo needs to move on, and they need to do it in the holiday of 2016.

No Need For A Hardware Cycle

It has been the case, in recent history, for consoles to all launch within a year of each other, there is no reason that has to be the case.  If Nintendo wants to launch a console way before their competition, why not?

The argument could be made that the cutting the Wii U’s lifespan so short will be detrimental to Nintendo.  While there is some truth to this, the Wii U’s lifespan would not be all that short.  Setting aside the long lives of the XBox 360 and the PS3, most console cycles have been about five years long.  If Nintendo’s next console launches in 2016, it will have had 4 years on the market.  A short life, but not outlandishly so.  Some fans will be irked by the decision, but Nintendo Nintendo needs to move on, with or without those fans.

This move will actually allow Nintendo to sync up with their rivals.  Sony and Microsoft are in no rush to launch new products.  The PS4 and XBox One should last till the end of the decade.  If Nintendo launches new hardware in 2016, they’ll have 4 or 5 years of hardware that will be relatively on par with their rivals, and could launch another console when Sony and Microsoft are ready for their next generation.

While I don’t think Nintendo needs to follow the hardware cycle, there are benefits to that model.  Competition between new products means headlines and hype for both parties, and a huge reward for the victor.  Sony expertly rode the wave of anti-XBox One sentiment to a hugely successful launch.  Years ago, Nintendo pushed the Wii as the fun and inviting alternative to its intimidating HD rivals.  The best time to launch a new device is when your opponents are launching, and the internet is creating a frenzy.

Of course, Sony and Microsoft are not launching new consoles in 2016.  They will however be launching hardware.  Project Morpheus is confirmed for 2016, and I doubt Microsoft will want Hololens to be left in the dust. Inevitably, Hololens vs Morpheus will be a hot topic in the gaming world for 2016’s holiday season.  Like the Kinect, both will probably launch with a console sized marketing blitz..  The gaming media and the internet in general will be abuzz with Hololens vs Morpheus discussion, and Nintendo needs to make sure they’re a part of that of that discussion.

Price also will play a factor in this.  Sony and Microsoft will still be pushing their $300-400 systems at that time.  However, they’ll be more interested in pushing bundles including their fancy new headsets, which will likely run between $500 to $600.  This will allow Nintendo to offer a system that may be slightly more expensive than the PS4 or XBox One without having their system viewed as overpriced.

The Price Of Waiting 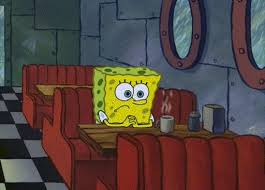 To put it simply, Nintendo can’t ride out this hardware cycle with the Wii U.  Doing so will prevent them from rebuilding their fanbase, prevent them from rebuilding relationships with third parties, will cause their relevance to further diminish, and will keep their earnings low.  Nintendo clearly needs to launch a new console long before their rivals, and 2016 provides a unique opportunity.  If Nintendo is smart, they’ll take it.