To Mediocrity And Beyond! 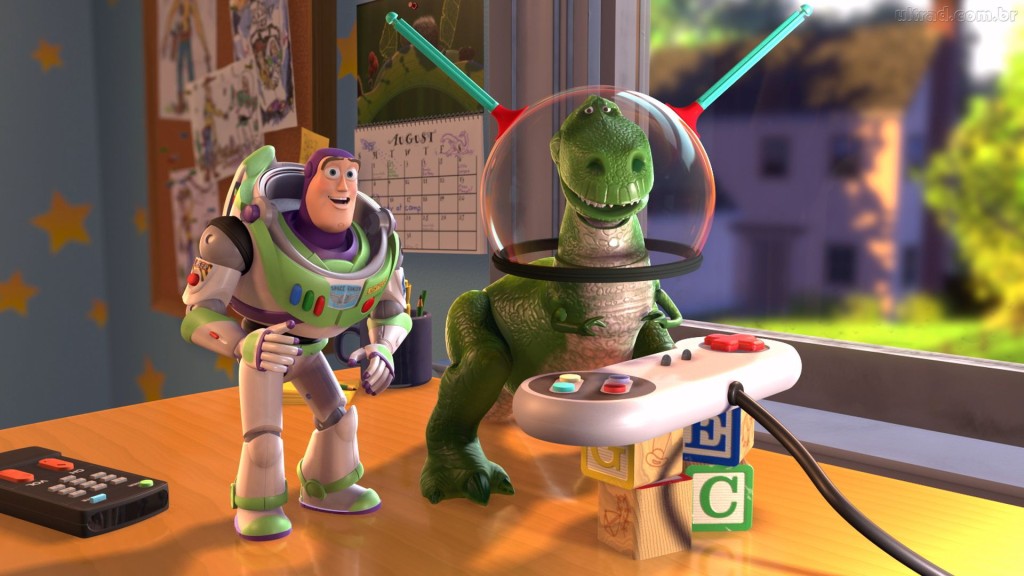 Back in the day, when I was playing primarily Gamecube, one of the games I picked up was the game for the Pixar film “Finding Nemo”. I’ve played some bad things in my time. I’ve played Sonic 06 entirely through, with all 3 characters. I’ve played Bulletwitch which was-to me-so bad it was entertaining and I’ve also plugged my way through [another game]. I’ve also played things that everyone loves that I personally thought were awful and are among my most hated titles: Oblivion, Red Dead Redemption and Halo 4 to name a few. But to this day, Finding Nemo is the single worst game I’ve ever played in my history of playing video games. I know. That’s a BIG award to give a game. But my problem doesn’t begin and end simply with this game, no, this was merely my first foray into the Pixar gaming world. My problem-THE problem-lays within the Pixar games themselves.

It’s hilarious now given the fact that it was developed by Travelers Tales who now make the Lego games which are amazingly fun. Turns out they also did the Toy Story game AND A Bugs Life game. Wall-E however was developed by Play THQ which was the only other Pixar game I’ve played but I’ve heard from people that both Car, Ratatouille AND Up were downright awful. Because they sell well though, nobody bats an eye at quality control outside of probably the reviewers and especially not the people playing the game because the lead demographic is small children and they aren’t cynical and hypercritical yet. The games always get about a 4/10 or something along the lines or a 50/100 which I personally feel is generous but that’s just me. And while Wall-E wasn’t anywhere as bad, it was actually quite enjoyable, the problem persists that Pixar-a company known for their quality animation and storytelling-have downright awful video game adaptations. And part of me wants to know why. But not because I’m just curious in general. I have a legitimate reason for wanting answers to this.

Pixars inhouse development team have all the same design and animating systems that any video game production company would have. And some can argue that the graphics in Finding Nemo are a bit worse for wear considering the date it came out in (you want a laugh google A Bugs Life video game), but then again the game came out in 2003, on the Gamecube (and other systems but I’m talking about the Gamecube one) next to other games such as Splinter Cell, Midnight Club 2, Jak 2, the first Call of Duty and Beyond Good & Evil and even more great titles. Some of these were games that-even on the Gamecube which was a lower looking graphic quality system compared to the PS2 or the Xbox-were on the same system too and STILL looked eons better? Was it a problem with Travelers Tales? Perhaps. Was it a problem with the system? Maybe, Or could it just be that it’s a dated game? Absolutely. But that doesn’t excuse the fact that Pixar games were and probably still are pretty dang bad. And it hurts to see something on such high quality from such an esteemed company turned into such a low level, poorly designed and badly made lovechild of an actually great movie. Its like everytime I see a Pixar game on a shelf, I know not to touch it. I feel disgusted. I’m just like…

I just don’t know why Pixar, and god knows they have the money to afford it, doesn’t just hire and create an entire game development team. But if I think about this topic for a little while and let my mind continue wandering, which I often do because I have nothing else going on, I start to ask an even MORE important question…why doesn’t Pixar hire and create an entire game development team BUT FOR BRAND NEW GAMES. If their movies are so good, imagine what a high quality Pixar game made by the same people doing design for the movie and written by the same people would actually be like, but now consider them doing a standalone game that doesn’t have a movie to live up to. I bet Pixar would make pretty friggin awesome games. And let’s look at this from a financial standpoint. The Cars game, widely considered the worst Pixar game and an overall awful game, went on to be a Platinum Hit title on consoles. I can’t find any news on the gross it brought in, but to become a Platinum Hit, that’s a hell of a lot of copies that have to be sold. That means it’s up there with stuff like Halo 3. Halo 3….and CARS are platinum hit titles. Maybe that puts it more into perspective. So imagine what a BAD Pixar game brings in….boy howdy, a game MADE by Pixar, especially an original title…that’d bring in precisely 1 million buttloads of cash or more.

Remember guys, Adventure Is Out There! Just not in these games.

Maggie Rose is a 25 y/o trans lesbian. She currently lives in Olympia with her girlfriend and together they fight crime, put an end to injustice and sometimes do laundry. She is a writer because she has no other skills or applicable talents useable for monetary gain.