The 5 things only World of Warcraft veterans remember

If you’ve played World of Warcraft for several years, you’ve likely come across some of the game’s quirks. They’re the kind of quirks that are hard to explain to people who don’t play the game, but are a great way to reminisce about the game’s past with those who do. These are five of the best ones.

1. The Ice Stone has melted!

Part of WoW’s annual Midsummer Fire Festival event is a quest to travel to specific locations in Azeroth and fight an enemy spawned from a big shard of ice, called the Ice Stone. When you summon the enemy, there’s a line of text that says, “The Ice Stone has melted!” Back in patch 3.0.9, there was a hilarious bug that caused this message to broadcast to every player in the game, which meant the Ice Stone melted over and over for a few days before it was fixed and gone forever. 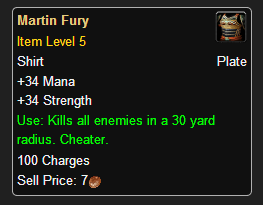 Back in the Wrath of the Lich King expansion something very strange happened. A guild was clearing through the latest raids, killing difficult bosses and doing it on the harder-than-usual Heroic modes. They were tearing through the content faster than anyone on their server and nobody knew how. Eventually we found out that a guild member was using an inaccessible item called Martin Fury. It was a shirt with the ability to instantly kill all enemies in a 30 yard radius. They would take it in, one-shot a boss, and move on. It technically wasn’t an exploit, because it was Blizzard’s own mistake for accidentally giving the item to one of the guild members after he was hacked. The developer quickly banned the player, and the rest of the guild for 24 hours and reversed the items effect. The new Martin Fury instantly kills the wearer. At least it looked fun while it lasted. 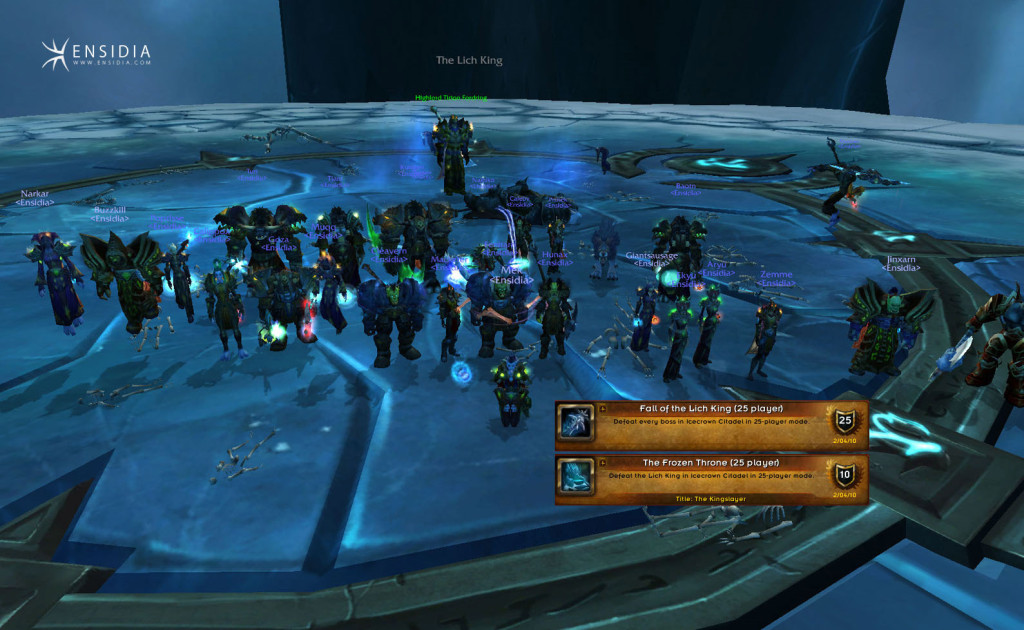 WoW’s world class raiding guilds and game exploits sometimes go hand-in-hand. At the peak of skill and racing for world-first kills of the latest bosses, it’s not surprising to see some guilds look for ways to exploit the game for an advantage.

In Wrath of the Lich King, the Ensidia guild did it unknowingly, or at least, that’s what they said at the time. In the final fight of the expansion with the Lich King himself, the edges of his big, icy platform would break off. Throughout the fight, players could get picked up by enemies and dropped to their deaths. This never happened to Ensidia because of a weird bug when the guild’s rogues used Saronite Bombs to increase their damage. The bombs, which were crafted through the engineering profession, would make the shattered segments reappear for some reason. In response, Blizzard gave them all a 72-hour ban. The question still remains though: did they do it on purpose or not? 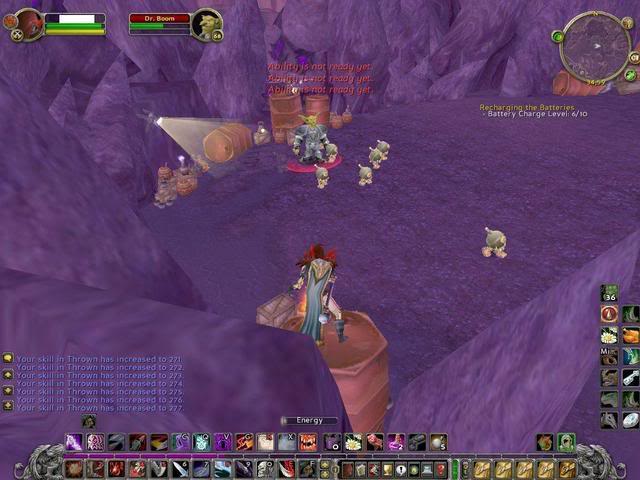 One of the things players often want once they’ve hit max level in an MMO is a way to test out their DPS, or damage per second. In WoW today, you can do that by wailing on training dummies in the capital cities or in your garrison. They have unlimited health and don’t fight back. It’s a great way to practice your spell rotation and track how much damage you can deal.

Before training dummies though, you had to be clever with how you’d test your DPS. For ranged damage dealers, there was one easy answer to anyone looking for how to do it. His name was Dr. Boom. He lived in Netherstorm, had a lot of health, and wouldn’t fight back if you attack him. He did all this because the quest that involves him wanted you to play a sort of mini-game where you dodge his bombs and throw your own at him. But he was most useful as a makeshift training dummy for testing your class or leveling up your ranged weapon skill. Fun fact: Dr. Boom is a card in Hearthstone. 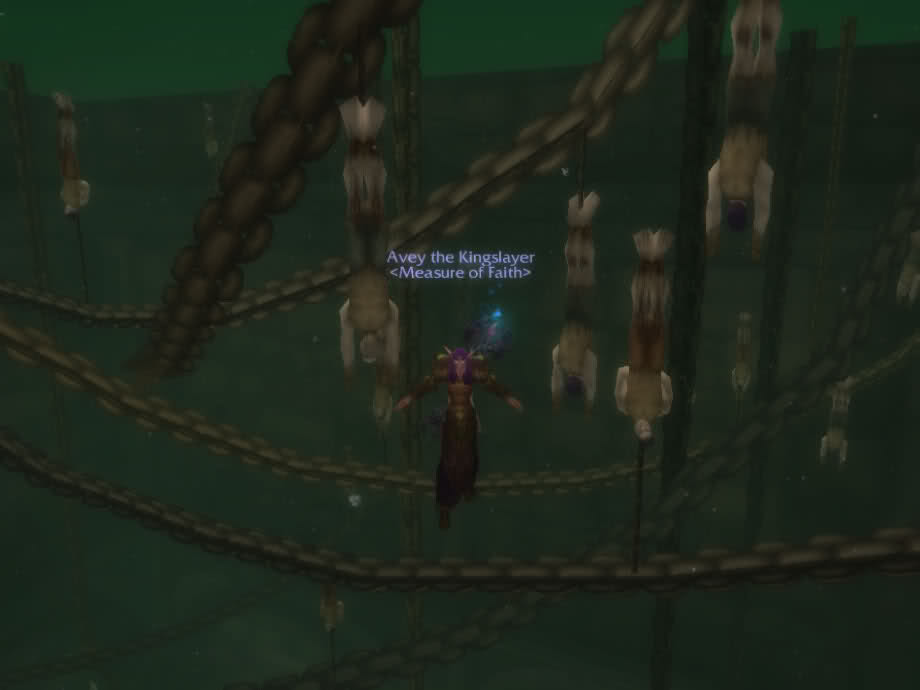 Below the Karazhan raid is some of WoW’s darkest secrets, the Karazhan Crypts. It may be blocked off for easy entrance, but to this day, there are still some tricky ways to get in there. If you can manage to get down there, you’ll find some pretty disturbing stuff. There’s a giant pile of skeletons, rotting remains of bodies, and a pool of chained up prisoners, who seemingly drowned to death, floating upside down. It’s horrific. Blizzard still hasn’t said what its purpose was and it may never.