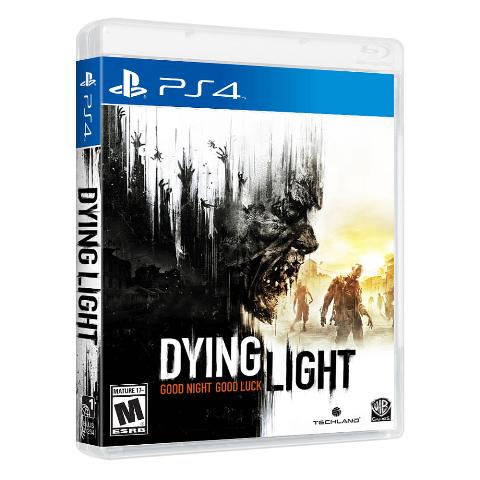 Techland moves into the post Dead Island phase of the developer’s gameography with the next-gen, first-person, zombie survival game Dying Light. Since the release of the PlayStation 4 and Xbox One consoles, I have been extremely disappointed with many of the offerings for the games designed for next-gen consoles. Many of the major games were buggy or lacking in features. WWE 2K15 was clearly rushed to release and was touted as a “foundation” for things to come. The Order 1886 may look fantastic, but it falls short in the delivery of a complete gameplay experience. For all the hype of the current generation of new video game consoles, it seems that numerous games do not live up to the lofty goals and promises. Look no further than the underwhelming release of Assassin’s Creed Unity.

Techland’s Dying Light was developed and released solely for the new console generation. It was one of the newer games that actually plays that way a next-gen console game should play. Dying Light is far from perfect, but it contains many appealing features, interesting ideas and some fun gameplay. The story is far from astounding, but it is a zombie survival game, so I am not exactly expecting Mass Effect 2 levels of mind-blowing narrative. Dying Light pits players into the role of Global Relief Effort agent Kyle Crane. Crane has been charged with infiltrating the city of Harran, which has been infected with a zombie-like plague. Crane must locate the rogue political figure Rais, who is in possession of a file that is critical to the agency. Crane drops into a war zone and is attacked by bandits, but he is also bitten by an infected zombie. Crane is saved by scouts of the Tower, a resistance group trying to help and save survivors in Harran. Crane infiltrates the group in order to locate Rais’ whereabouts and track down the file. However, Crane is forced to become a scout for the Tower in order to earn his keep and medicine called Antizin, which is used to treat the infection. However, the zombie infection is an advanced, mutated form of rabies, and it can only be treated without a cure for a limited time. 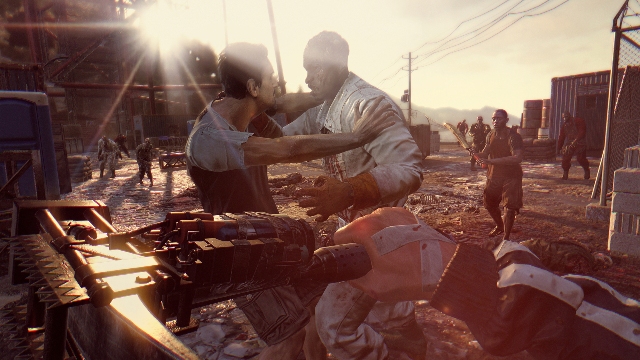 Dying Light provides players with a huge open world sandbox to play around in Harran. It is an impressive feat of game engineering. The city is an extraordinary work of art. Harran is filled with tons of nooks and crannies to explore. However, you have to be careful since it is crawling with infected zombies. Enemy AI is actually quite formidable. The younger, newly-formed zombies will aggressively pursue you. These types can climb up to the roofs and will relentlessly attack. The older, more decaying corpses are slower and dumber, but still dangerous. Some vary in size and can even swing at you with weapons. At night, the mutant zombies called the Night Hunters emerge, and they are quite lugubrious and terrifying. The Night Hunters are much stronger and cunning apex predators. Luckily, the game provides you with a wide variety of weapons and an intricate system to craft and upgrade your weapons. The weapon crafting system is pretty much identical to the one from Dead Island. Unfortunately, that means the weapons require a ton of maintenance. Weapons will damage or break after consistent use. After that, you have to scavenge around the city or go to vendors to buy more parts.

One of the biggest features of Dying Light is the free-running, parkour gameplay. The game focuses on natural movement, and the parkour evasion is really the player’s best tool to escape from becoming a zombie show. The free-running in the game works quite well. There is a slight learning curve, but once you get the hang of it, the experience of using the city as a tool and weapon is a fun experience. The game has three skill trees to add to your repertoire of combat, free-running and crafting abilities. Players acquire skill points by jumping around buildings, killing enemies and completing missions. 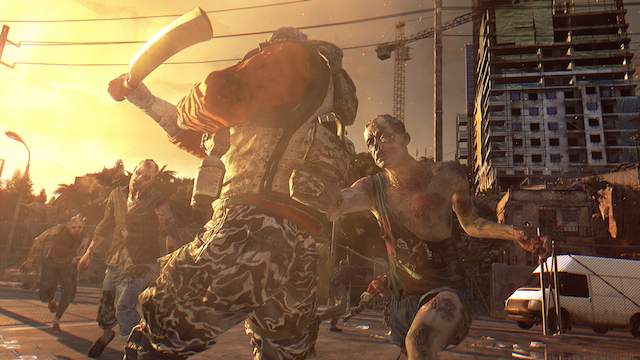 The combat is one of the game’s particular failings. I was never a huge fan of the combat system from Dead Island, specifically the stamina attack meter. That feature is once again found in Dead Island. Basically, this means a player only has a limited amount of attacks before the attack stamina meter empties, and the player essentially become helpless before the meter recharges. The hit detection and aiming system for the melee combat is not great. The game controls for combat are sometimes quite cumbersome. For example, for the PS4 button, the X button is a hint button. Press X, and the game will point out some useful objects and areas to you. However, the X button is also the grapple button for combat. With grapple, you can shove zombies into traps or jagged spiked objects. It seems the game becomes “confused” when a player wants to grapple or use the hint button. It is not the best control scheme. I will say that it is very satisfying when a player is able to pull off a one-hit kill or bust open a zombie’s head. Some of the newer attacks you can unlock as you progress also help a great deal. The drop kick attack is fun. Along with the zombie traps or tricking a behemoth zombie to hit a gas tank to set itself a blaze, Techland has devised tons of fun and interesting ways to dispatch the undead.

The checkpoint system is counter-intuitive and leaves something to be desired. Basically, your checkpoint area is whichever safe zone you were in last. Players can find and set up other designated safe zones throughout the city. However, if a safe zone has zombies in it, the safe zone must be secured, and power has to be restored. If you die while trying to secure the safe zone, or even if you en route to a certain area for a specific mission, you will be sent back to the previous safe zone. Then the player has to travel all the way back to the designated building. The enemy you just killed will still be dead. A door you opened or closed will have already been moved, but you still have to run all the way back there. It is a counter-intuitive way to set up checkpoints for the game, and it does not work very well. 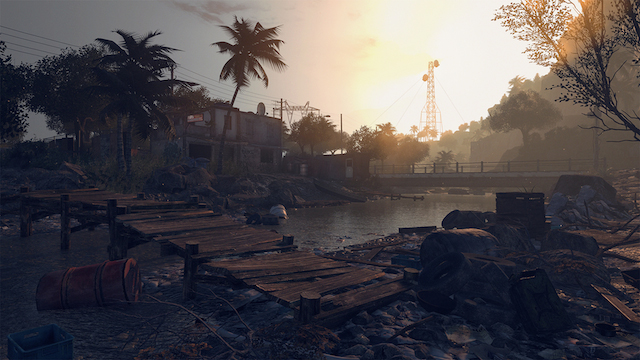 In terms of content, the game is pretty jam-packed. The single-player campaign has a linear path to follow. However, the game also introduces a boatload of side quests that can demand your attention. I like taking part in all the side quests. They are a good way to level up experience and skill points and find some useful salvage items and parts. In addition, some of the scenarios in the side quest are even more interesting than the main campaign. Some of the side quests are basically fetch quests, but they have some interesting wrinkles, such as searching for a movie at a video store for a mentally challenged survivor or shutting down some drug dealer survivors who are peddling junk medicine to innocent civilians. Dying Light has a huge open-world with many areas and zones for players to explore. In addition, the game has optional co-op and multiplayer features. You can actually join with other players in mission, or you can even invade another player’s game as a zombie and attempt to kill that player. In terms of replay value, the game is very well stocked.

Graphics and animation for the PS4 version were very sharp and crisp. Harran is amazingly designed and highly detailed. Some of the character models and facial animations are not quite as elaborate; but for me, that is not as huge a deal as gameplay. I found motion and animation to be quite fluid at 1080p running at 30fps. 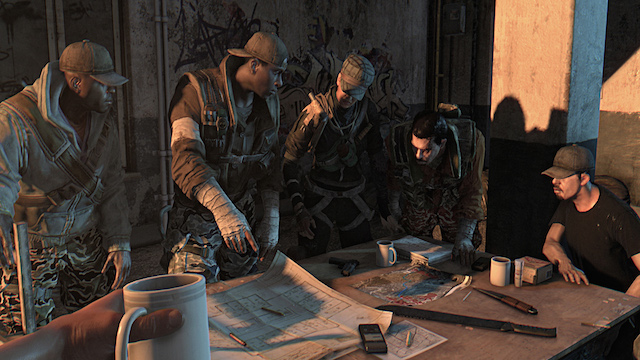 Overall, Dying Light turned out to be a pretty satisfying, robust and fun gameplay experience. Techland knows this material very well. Still, I would have preferred some more streamlined tweaks to the Dead Island. The combat  was often cumbersome, and at times, very frustrating. However, the parkour and free-running segments and mechanics work very well, and the open-world sandbox is immense.