Pre-order State of Decay: Year-One Survival Edition and You’ll get an In-game Knife 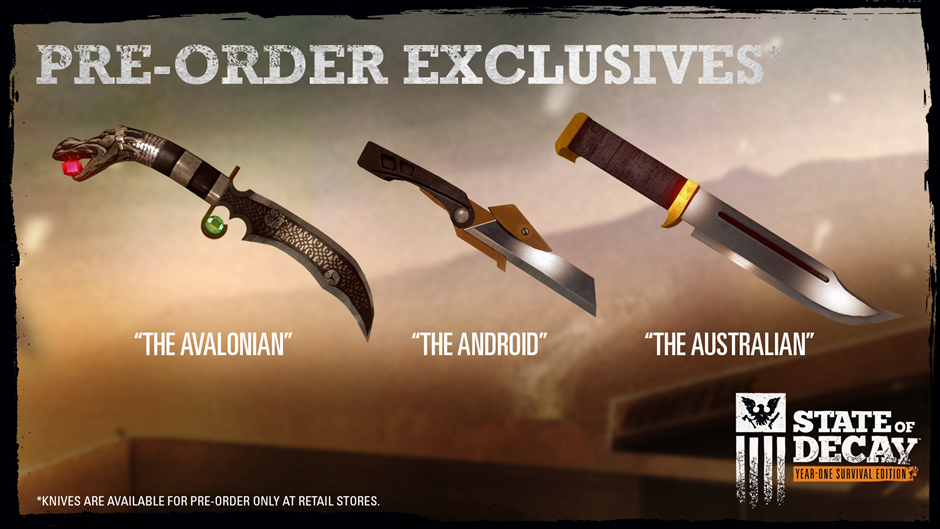 According to Xbox Wire if you pre-order State of Decay: Year-One Survival Edition you’ll get an in-game knife. The pre-order bonus is available only in the US at retail stores, and you’ll find more details about the selected stores and the knives available in the list posted below.

Each store has only one type of knife and in the picture above you can see how they look like. State of Decay: Year-One Survival Edition will be released on April 28 in North America, worldwide in May and it will be priced at $29.99/₤19.99/€29.99.