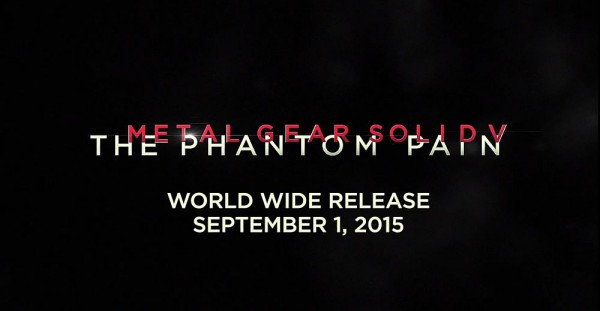 Metal Gear Solid 5: The Phantom Pain will be released worldwide on September 1, 2015 according to a leaked video. Konami planned to make the official reveal tomorrow, but someone spotted an interview with series creator Hideo Kojima in IGN’s server archive. The video revealed the official release date, only a few hours ahead of the official announcement.

This surely wasn’t what the publisher wanted, but when the information is out you can’t really stop it. You can watch the full interview below, but hurry, because I’m sure it won’t be available for much longer. Metal Gear Solid 5: The Phantom Pain will be available for PlayStation 4, PlayStation 3, Xbox One, Xbox 360, and PC.