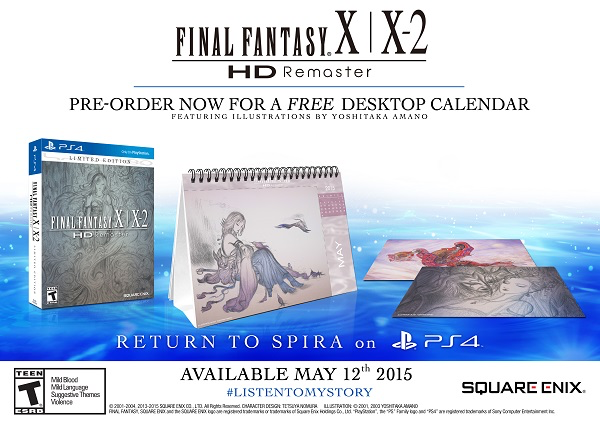 Square Enix has today confirmed that Final Fantasy X/X-2 HD Remaster is arriving on the PlayStation 4 on May 12.

This North American version will include a pre-order bonus item – an exclusive calendar featuring artwork from Yoshitaka Amano, as well as system specific features such as Cross-Save functionality, Remote play and the ability to switch between the original and remastered soundtrack.