Idea Factory was thrilled to unveil a brand new trailer and screens for their upcoming title, Omega Quintet. First up, let’s examine the trailer:

Here is the new batch of screens they unveiled for the title: 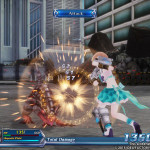 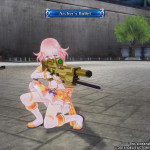 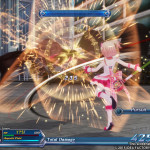 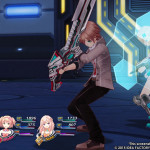 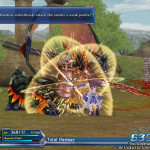 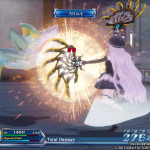 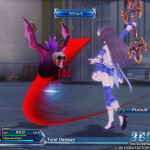 For those who haven’t heard of the title before, here’s a quick rundown of the game’s story: The world has been overrun by a mysterious, malevolent darkness, and the only hope humanity has left rests in the music of singing idols known as “Verse Maidens”. These Verse Maidens, wielding weapons of sound, are tasked with fighting back evil and restoring the world, but you can be sure that the task won’t be an easy one. Five plucky girls and their manager, who goes by the name of Takt, will need to give the performance of a lifetime if they hope to stop the darkness from claiming the last of humanity. Will the five Verse Maidens be able to band together in order to defeat this great evil, or will they fight only to discover a horrible truth, such as perhaps the darkness they are fighting against has been lurking within them the entire time?

What do you think of the new trailer and screens? Is Omega Quintet a title you’re planning to pick up on launch day?