World of Tanks Coming to Xbox One

According to Wargaming, World of Tanks is going to be released on Xbox One later this year. There is not much information, but the developer said that the Xbox One version will support cross-play, which means that you can play with other people no matter if they use an Xbox One console or an Xbox 360.

If you want to upgrade your version to Xbox One, you’ll be able to keep your account and all the in-game progress. There is no release date announced, but until we find out more, you can check out the screenshots posted below. 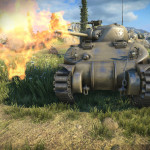 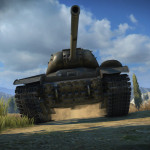