Last Friday, Nintendo released the new iteration of their portable hardware, the “New” Nintendo 3DS XL. This new and improved version brings a lot of new features, but is it worth the investment to upgrade? Nintendo has a history of portable hardware revisions and sometimes they don’t always offer a solid reason to purchase them, so it’s easy for one to be skeptical. Fortunately, having used just about all the features the system has to offer, it’s clear to see that this upgrade is well worth the price of admission. 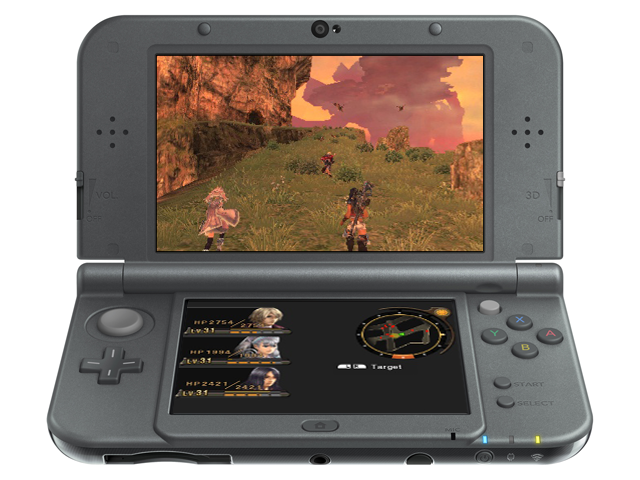 First thing’s first, what makes this version stand out compared to the previous Nintendo 3DS XL system? Nintendo has made a lot of changes to the hardware, with many things improved, with just a couple exceptions. The New 3DS offers a much faster processor than the previous model, which offers up faster loading times, more power for the games that use all the system has to offer, and most of all, the ability to push the capabilities of the games. The first game to utilize the power of the system will be the remake of the critically acclaimed Wii RPG, Xenoblade Chronicles, which will release in April of this year and offer a selection of new features like full 3D and Amiibo support. One game currently available that uses the extra power of the system well is Super Smash Bros. for Nintendo 3DS, which shows heavily improved load times, added Miiverse functionality, and much better system performance overall. Speaking of Amiibo, one of the other new features of the system is the added NFC support built right into the hardware. The older 3DS models will have an adapter available for this feature, but the new model makes it simple to just tap the figures to the system and register the information. This is mostly going to work for Nintendo’s popular Amiibo line, but it leaves open the option for future titles from other franchises like Skylanders and Disney Infinity. The process works just like it does on Nintendo’s Wii U console, tapping the Amiibo to the bottom touch-screen while playing an Amiibo supported game like Super Smash Bros. for Nintendo 3DS or Ace Combat: Assault Horizon Legacy+. 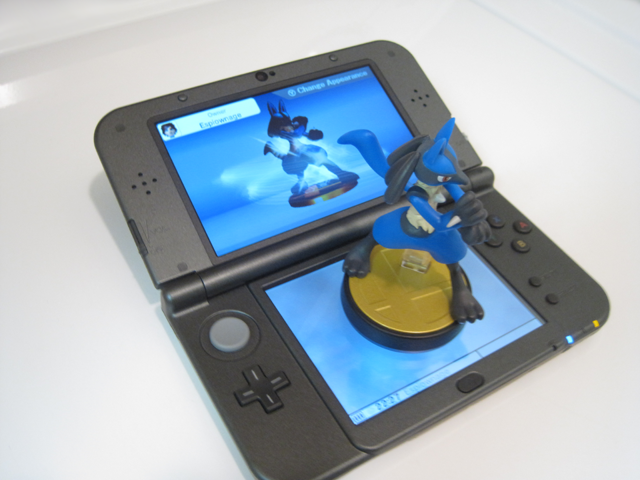 The new hardware also takes another step in progressing the possibilities for games, adding a new push-sensitive C-stick nub that feels surprisingly good, despite being a very different method of control than the current circle-pad. It also adds two new shoulder buttons, the ZL and ZR buttons, that are just past the reach of the current shoulder buttons, and feel pretty easy to access. These additions may seem familiar to any 3DS users with a Circle-pad Pro, a peripheral that could be purchased separately to work with the previous 3DS models. Having the functionality built in makes games like Monster Hunter 4 Ultimate or Resident Evil: Revelations a lot more accessible and overall more enjoyable to play. Perhaps one of the most improved features of the system comes from the new face-tracking camera, allowing for the system to adjust the angle of the 3D on the upper screen and give better viewing angles. On the previous 3DS models, one had to be centered on the system to be able to take in the 3D effect, but now with the camera sensing the face of the player, it is much easier to keep the 3D effect while the system is moving. Despite the improved 3D visibility, the camera also has another effect that, while reasonably useful, was more of a nuisance than a benefit. The camera will automatically adjust brightness based on the lighting of the environment, which is great for saving power, but not so much when adjusting the angle of the system in the middle of a game, only for the screen to fade in brightness due to whatever the camera senses. Luckily the feature can be turned off, but when starting the system up, it will be on by default. 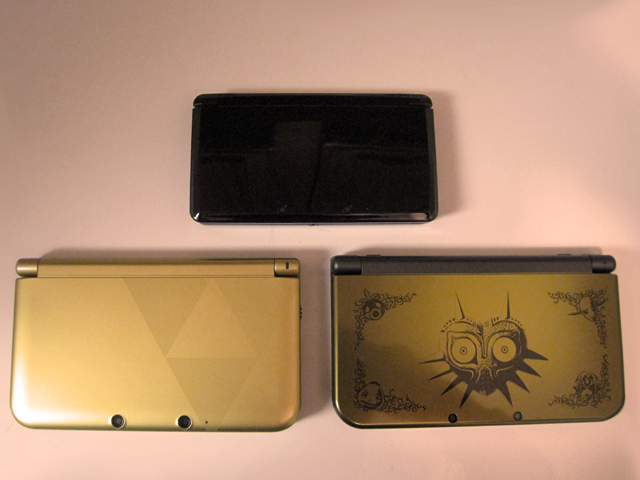 Looking at the system physically, the size of the system is fairly comparable to the original 3DS XL, but the body is a bit thinner, about a quarter of an inch wider, and the location of certain things has changed. The game cards will now go in on the bottom of the system just below the D-pad, the stylus a little further to the right, and the power button just a little to the right of that. The volume control is now on the top part of the clam-shell design, and the system seems to be able to get louder than previous models, even if by just a little bit. Perhaps the biggest change would come with the location of the memory card, which on the original systems, was easy to access behind a little slot on the side. With the new system, the back panel of the system has to be removed with a screwdriver, exposing the battery and allowing access to the new microSD slot. This can make transferring data between systems a bit more of a hassle, but it is a minor complaint if one knows what they are doing. The particular system used in this review is the beautiful Legend of Zelda: Majora’s Mask Edition, which has a lovely golden shimmer to it on the outside, with a sort of gunmetal black on the inside. The masks used to transform in the game all join the infamous mask of the Skull Kid in a nicely composed design. The other colors released in the US are “New Black”, “New Red”, and the silver-colored Monster Hunter 4 Ultimate Edition, which is also a very beautiful finish. The outer parts of the system have a glossy texture while the inside has a sort of matte finish that makes problems like fingerprints practically non-existent on the inside. In other regions, Nintendo released the smaller sized “New” Nintendo 3DS, which has interchangeable faceplates, but unfortunately to the fans looking forward to that, the larger XL size sticks with the factory supplied covers. 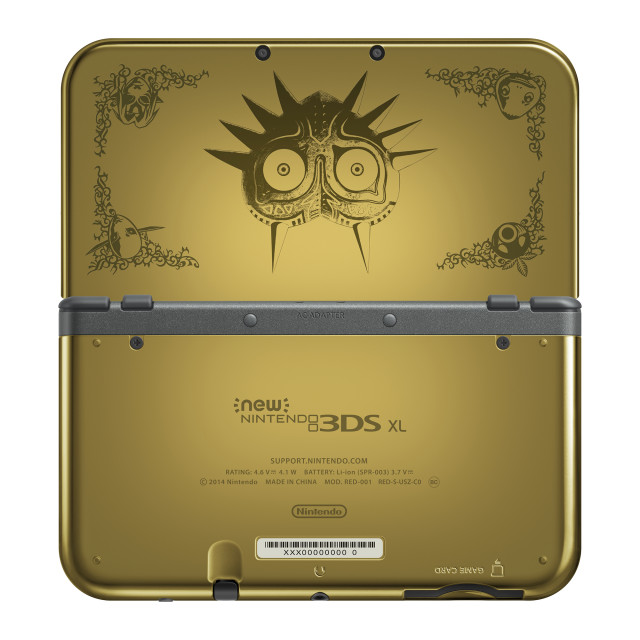 The New 3DS XL is a great improvement to an already great system. With the microSD card slot being the biggest issue, it would be easy to recommend upgrading the system for current owners, and it is an absolute must for people that don’t have a 3DS system at all. The system feels amazing in the hands, has excellent performance, and is just an overall improvement with very little sacrificed in the process. For an MSRP of $199.99, the New 3DS XL is a worthy platform to have in a gamers arsenal. Just don’t forget to have the AC adapter ready, which is sold separately.