(UPDATE: Looks like the rumor was merely an elaborate hoax, as the Youtube user Artsy Omni cleverly edited real footage using Adobe After Effects and Adobe Photoshop.  You can watch the process of how he made his “leaked” video here.)

It’s not unusual that Rayman might be added to the extensive roster of Nintendo’s popular all-star brawler. Ubisoft crafted beautiful trophies to be included in the game, so it’s not an unlikely move. A video that has since been removed by the user shows a pretty convincing shot of Rayman on the character select screen, as well as a few other things like a Mewtwo character render, and a “Shop” icon on the main menu.

Keep in mind this was originally posted on 4chan, so take this with a grain of salt, but it’s still a very possible option, since Rayman has done very well with Nintendo platforms, and Ubisoft doesn’t have a third party representative in the mix.  Add the fact that the images and video are very convincing, and it leaves us hopeful for more characters.  What do you guys think? 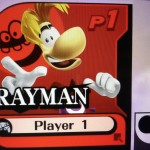 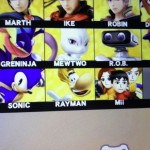 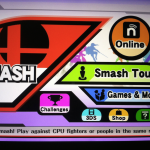