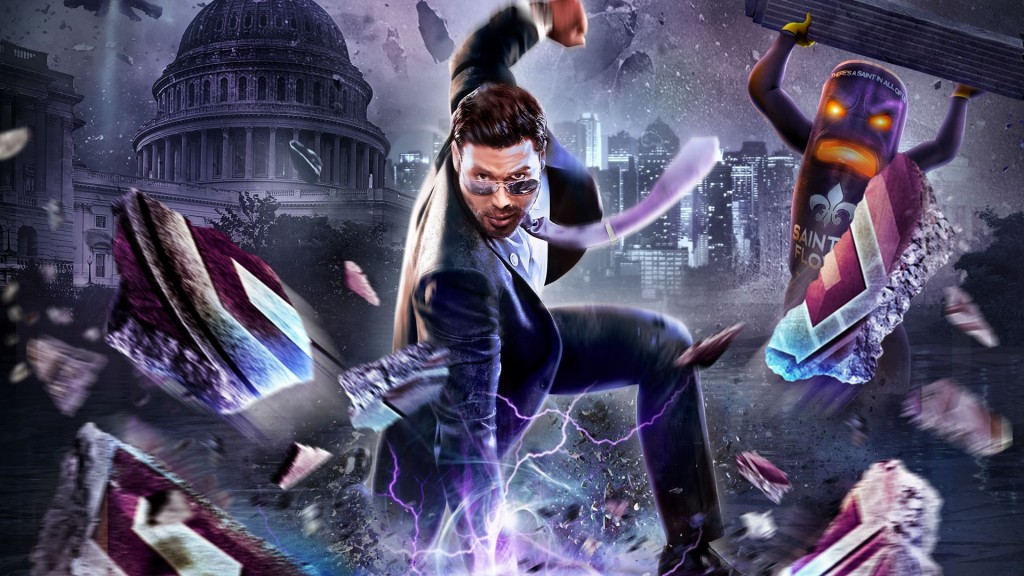 After the craziness that was Saints Row: The Third, Volition had a tough task ahead of them: how do you top that? 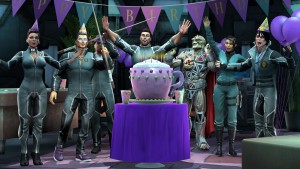 The team came up with a great solution, though. Have the leader of the Saints become ruler of the world, destroy the world and put him in a virtual representation of Steelport where he has to free his friends. Oh, and give him the ability to run at super-speed, jump insanely high and have superpowers.

This craziness, a new high for the series, fit the over-the-top nature of the game perfectly. However, many didn’t check the title because of the timing of the release. It was toward the end of the last generation of consoles, and many assumed a port would be made for the new consoles.

I’m not going to focus much on the base game or the older DLC here. It’s still the exact same game that the original version was. You try to rescue your crew, complete plenty of side missions to take back the city, beat Zinyak and the alien race and find hundreds of collectibles hidden across the city. 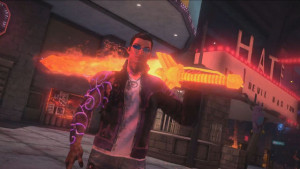 Like SRIV, it’s easy to get distracted by going on an orb collecting spree or trying to get better scores in some challenges and side missions. In fact, that’s where the longevity of the game is to help level your character’s powers up and try to get some hidden weapons.

What makes this the better version compared to the original game, though, is the fresh coat of paint the game has now. The polishing for the XB1/PS4 versions really makes the game look better than the past version. If you haven’t checked out the game yet, this is definitely the version to play.

As for the previously released DLC, it won’t do too much extra for the game, the pieces add some new outfits and weapons, along with some missions to check out. However, the content will probably only entertain for a few hours before you’re ready to move on. 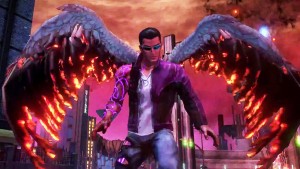 Now, we get to the newest part of the content: Gat Out of Hell. This stand-alone DLC kicks off during Kinzie’s birthday party. The gang decides to play with an Ouija Board (found on Zinyak’s ship), which is possessed, opening a portal to hell that captures the leader. So, after Johnny Gat “reasons” with the board, he and Kinzie go to hell to stop the leader from being forced to marry Jezebel. Yep, just as crazy as the original game.

Hell is basically a smaller version of Steelport. There are distinctive areas you can run around, but you’ll find some gun vendors and plenty of side missions to do down there. Actually, except for the fire and brimstone feelings, and random souls walking the street being destroyed by lightning, it feels very similar to Steelport.

There are some new additions though. Besides having new powers, Gat and Kinzie also have the ability to fly for a short amount of time and glide around. As you collect more orbs (yep, they’re back), you can flap your wings more and glide for a longer amount of time, or get your super-run charged up to get a faster speed before jumping in the air to glide. 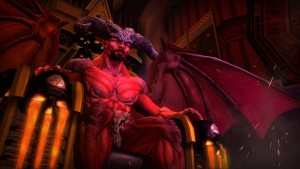 There are also new weapons in Hell as well. It should come as no surprise that Ultor, the evil corporation from the second game, has taken up an office in hell and supplies the weapons down there. There are also special hell weapons as well. My favorite group of weapons were based around the Deadly Sins, such as the sloth recliner that fires miniguns and missiles.

Unfortunately, Gat Out of Hell does have one problem: its length. If you just run through the main missions and do the required sidequests, you can probably wrap the game up in a few hours. Doing all the sidequests and orbs can help extend the gameplay, sure, but after doing that in the original game, do you want to do that all again?

However, the content does have quite a few redeeming factors that make it worth playing, though. The humor found there is great. Gat’s simple plan to eliminate the ruler of Hell is interesting to watch play out, and the four characters you meet in Hell to help you are interesting. I especially like what they do with Shakespeare and Vlad.

What may be the most interesting part to see, though, is the musical cutscene. I’m not sure who created that or had the idea, but that may be the best part of the content. Seeing the lord of Hell, his daughter and the killer Johnny Gat all singing is one of the oddest, but funniest things I’ve seen in a game recently.

While the content is great and a fitting end to the SRIV title, I wish there was more content to be experienced. The content feels like a tease to something bigger, but leaves you short of fulfilling that tease. Instead, you’ll be left wanting something more story based, not just more sidemissions.

Saints Row IV: Re-Elected is definitely the must have edition of the game to check out. It features all the content in one package with better graphics. The game is still as much of a blast to play as it was when it released last year. If you never checked it out, there’s no better time than now, and even if you have, the extra content may make Steelport worth another visit.