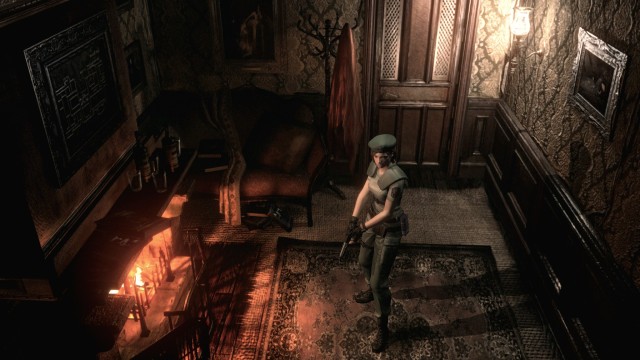 Back in 1996, Capcom released what is now considered one of the most iconic horror franchises in the world. Resident Evil was the culmination of all the right aspects that were needed to make a horror game. The atmosphere was tense, it was easy to get surprised by various enemies, and the struggle of keeping thinking ahead with a limited inventory was far too real. Despite the laughably bad voice acting, the original Resident Evil still stands as a very enjoyable experience, and it was because of this that Capcom decided to revamp it for a new generation.

In 2002, Capcom made a deal with Nintendo and released what is now commonly known as REmake, a remastered version of the original game with added story, areas, and modes for the Nintendo GameCube. Critically acclaimed, this turned out to be the standout in the survival horror series, and it was often requested by fans to be released for HD consoles. Capcom has finally answered that call, and now Resident Evil HD Remaster has released for yet another new generation.

The game is pretty much unchanged in terms of content from the original GameCube release. What is new however is a widescreen experience (with a panning camera where appropriate), native 1080p resolution on next-gen consoles and PC (720p on Xbox 360 and PS3), a new control option for movement, new costumes, and the option to do 60FPS on PC. Many of the areas of the game have been retouched and altered, adding better lighting and effects, as well as more detailed backgrounds. All 3D models have been redone as well, giving much sharper textures and new shaders to give it that extra push in the visual department. 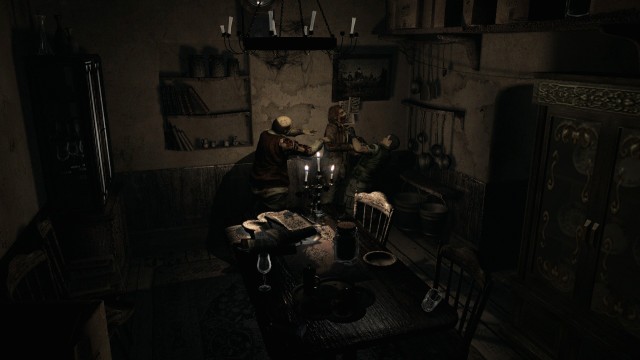 That isn’t to say that everything looks better. Some of the pre-rendered cutscenes haven’t aged well through the process, and some of them actually look worse than watching them on the Gamecube, though since they are pre-rendered, it’s an understandable issue. The only thing that might have been able to be helped is the clipping that can be seen through the pre-rendered backgrounds, but again, it’s hardly an issue.

The game controls well with the new modern control option, as using the analog stick moves the character, be it Jill or Chris, in the direction you move it. When the camera view changes, the character remains moving forward until the analog stick is released. The classic “tank” control scheme is still accessible, either by using the D-Pad or by switching them manually in the control options. It can take a little to get used to the moment the camera angle changes, but after a bit of time, it becomes very easy to maneuver around and even fake-out zombies to avoid their grabs. Overall, the controls work fine for a title that is over ten years old.

The story fairs a lot better than it did in the 1996 original, and for people that may have missed out on the popular GameCube gem, this would be a great way to see how the iconic franchise got its start. The majority of the game takes place in the Spencer Mansion, uncovering hidden passages, mechanisms, traps, and most of all, a lot of backtracking. 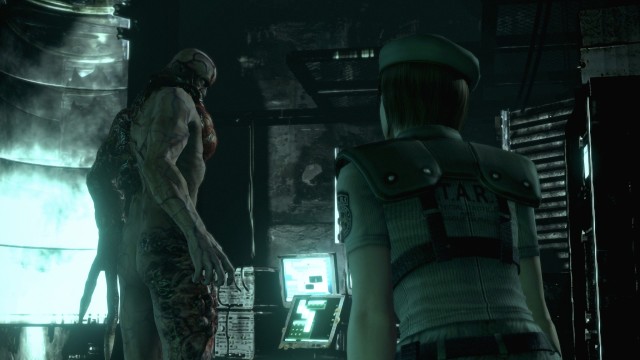 Only Resident Evil experts would know how to most efficiently travel through the corridors, using their inventory wisely and avoiding most of the zombies to save on ammo, defense items, and most of all, to avoid the possible Crimson Head revival. Though even then, others can use their resources wisely, disposing of the infected through various methods and making the hallways safer to move through. With four difficulty modes and a handful of extra modes, there is a lot of replay value for this classic title.

One thing that fans may either like or hate is that most of the glitches in the game still stand. Playing through the game myself, I ran into a Crimson Head that I supposedly defeated with a shotgun blast to the face (even earning the trophy for doing so), only for it to come at me moments later without a head. It was then that nothing was left to chance, every dead body was burned, every herb used wisely, and every new room was explored with extreme caution. It might not be as scary as some of the newer games that have come up since then, but it remains to be a fun experience with tense challenges, memorable puzzles, and plenty of depth. Is Resident Evil worth playing all these years later? The answer is a resounding yes.