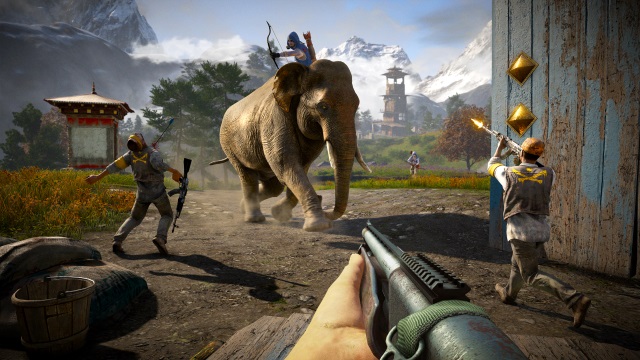 Ubisoft has today released the Overrun DLC for Far Cry 4.

The DLC, which is available for the PS4, PS3, Xbox One and Xbox 360, includes a new PvP mode, four new maps, and a new vehicle. For those wanting the add-on for the PC, it will arrive on Feb. 12.

The new vehicle included with the DLC is the dune buggy, which is playable in the new PvP mode.  The PvP mode is setup in a way that there will be three designated locations on a map that will only have one active location at a time. Both factions will then compete for control of the active zone for points.  You get more points for having more team members of a faction in the active zone.  Overrun plays in two rounds and scores are totaled to determine the winner of the match.