Switchblade Monkeys’ multiplayer shooter Secret Ponchos gets a free expansion this month. It will be called The Hunting Ground and the release date is set for February 18th!

The Hunting Ground update will include two new maps, The Mines and the The Plaza, some gameplay fixes and two new characters skins: Gordo and The Wolf. All the details are listed below, like Sony posted them on PlayStation Blog:

We’ve been listening and working very closely with the community in our Secret Ponchos forums, and we’ve implemented many tuning/balancing improvements. We’ve also learned that we needed stronger support for new players, so we’ve started implementing improvements such as creating a basic in-game tutorial to get new players started and moving Practice mode (with the outlaw move-sheets) to be front and centre.

A classic, battle-torn Spaghetti Western Mexican-style plaza. This is a smaller map, resulting in high-tension combat. Players can battle outside or take fights into smaller buildings. Teams can break off and regroup, and the interiors loop around back to the central open area. 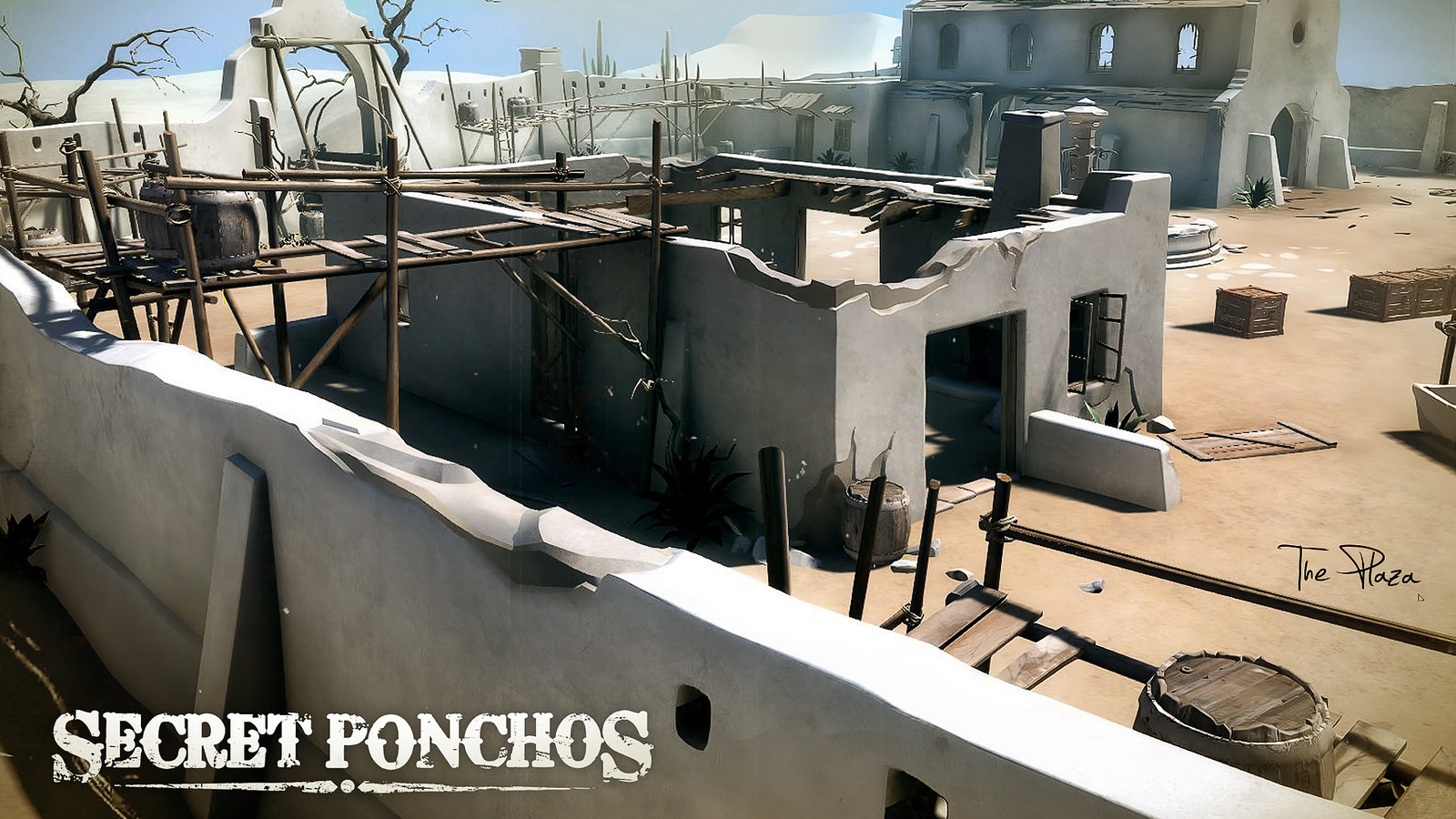 The Mines provide a vastly different experience from Secret Ponchos’ other levels. They combine confined narrow tunnels with an open area, creating a multitude of player opportunities for tactical battles. 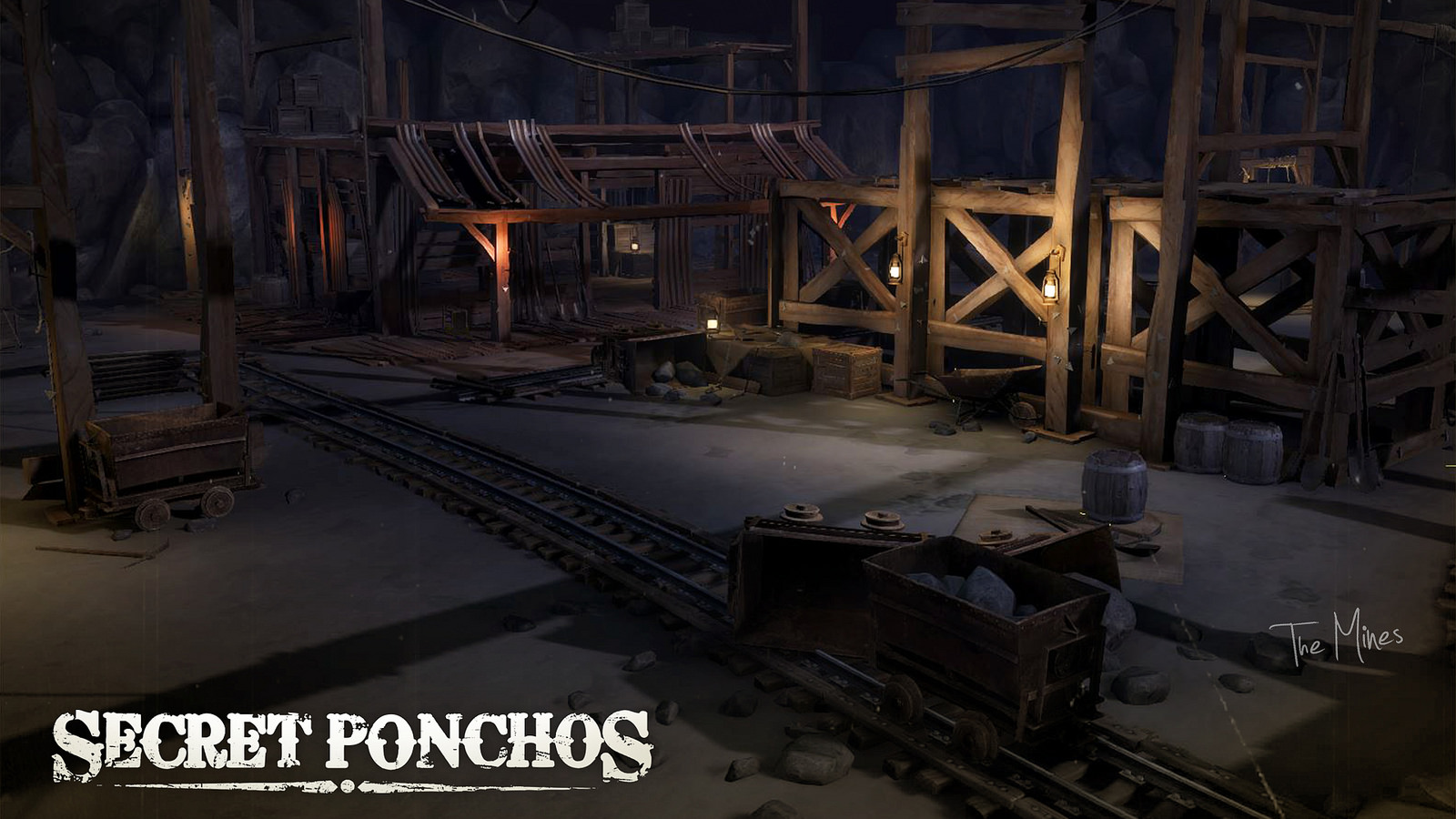 A vile and vicious bandit, Gordo makes his way to claim Lonetree. Armed with a high-powered Gatling, Gordo is able to cut his enemies down from a distance. Gordo also comes to battle with a Molotov, and can block off parts of the map by leaving huge splashes of persistent flames, and he can even pour a trail of fire behind him to further control the environment. 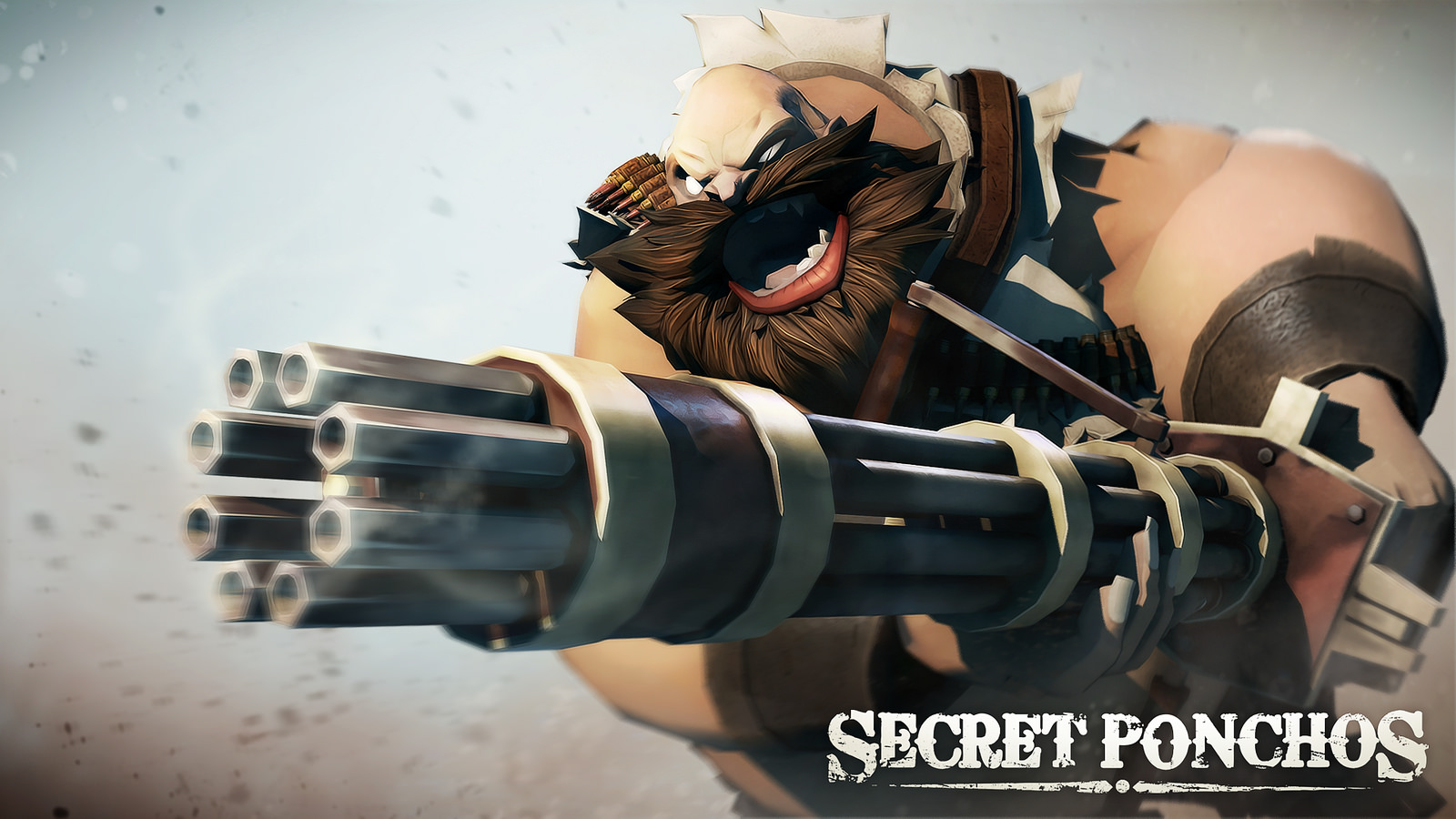 The Wolf is a deadly predator rumoured to prowl near the town of Lonetree. Hunting enemies, she deals devastating critical hits as her arrows pierce her enemies. She can switch to “Wolf Stance” moving with great agility to pounce, tackling enemies for the kill with a bone knife. The Wolf is awesome for a technical player, who can take advantage of skill shots with her bow and land critical hits. 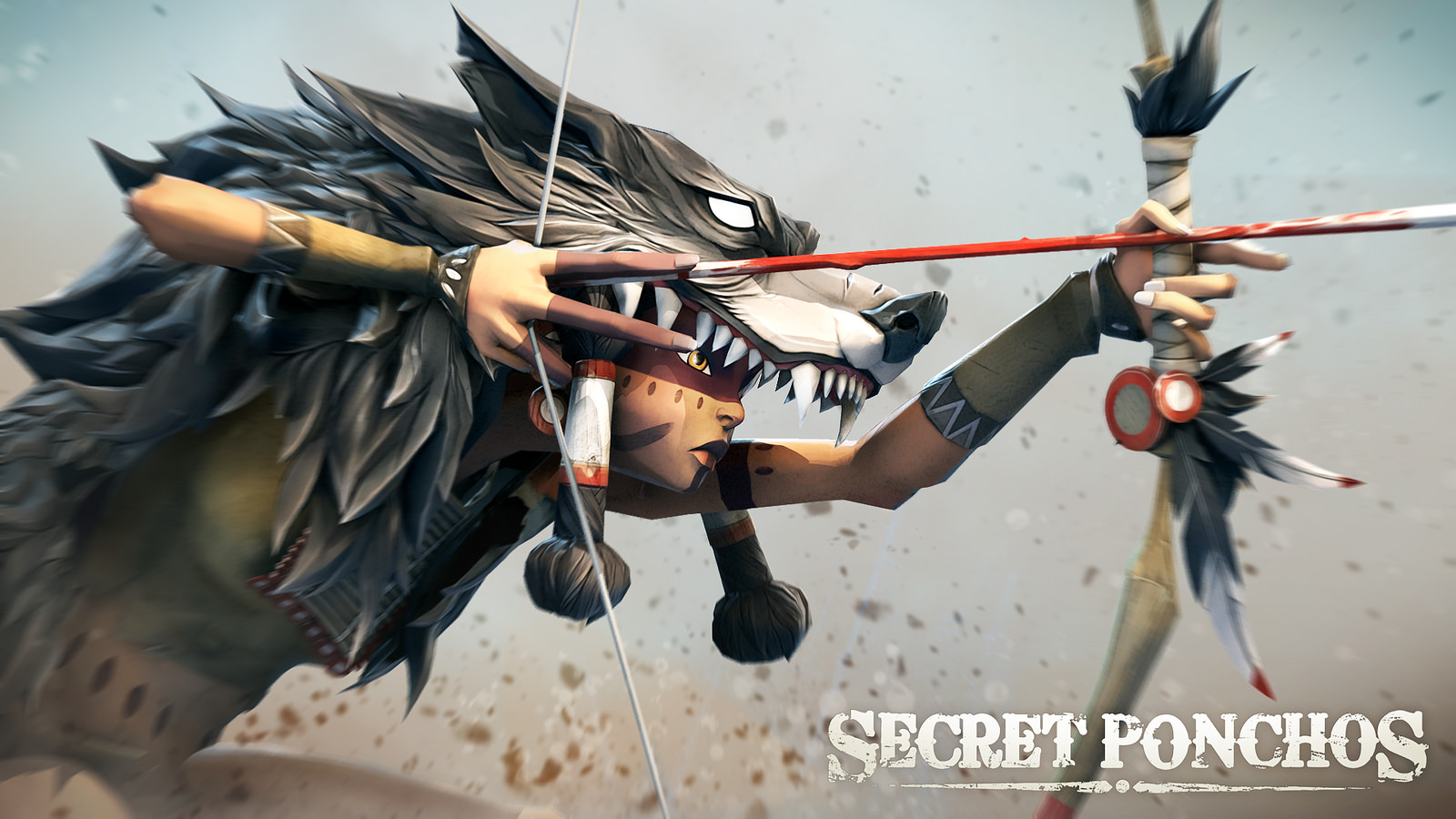