Steam version of Dead or Alive 5 Last Round delayed 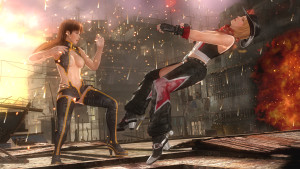 While the launch trailer for Dead or Alive 5 Last Round released today, the bigger news is that the Steam version is getting delayed by a month.

There’s also a trial version of the game, Dead or Alive 5 Last Round: Core Fighters that features just Ayane, Hayate, Kasumi and Ryu Hayabusa, along with most game modes. Additional characters and modes can be bought as well, although prices weren’t given.

You can see the launch trailer for the game below.