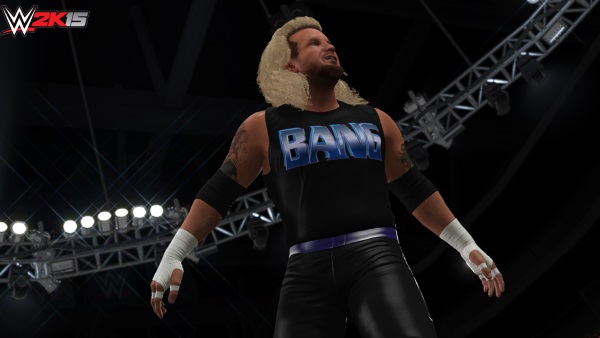 Having played around with the DLC for a few weeks now, I’ve come away both mildly pleased and disappointed with the add-on.

First the good stuff.  DDP and Lex Luger both played huge parts in the Monday Night Wars between WWE and WCW, and as WCW mainstays for most of their careers, it’s great to have both of them be a part of WWE 2K15.  DDP is sporting his iconic mullet, while Luger is his “Total Package” self and the character models, as well as animations are pretty spot on.  I was a big fan of Bam Bam Bigelow, so his inclusion is pretty cool too, while Steven Regal was a hilarious heel that is a welcomed addition.  As for Fit Finlay, I could have done without him, but won’t complain about having him anyway. 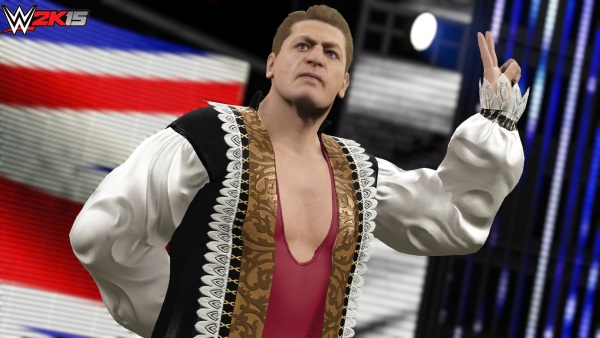 It’s too bad though that DDP doesn’t have his WCW theme song, which is a bit of a miss, while Fit Finlay looks like he just started with WCW, even though he’s best known for having his short blonde hair.  Also, with this being about WCW, why not add some bigger stars, such as Goldberg, Eddie Guerrero, Dean Malenko, Syxx (aka X-Pac) or a handful of the luchadores?

Thankfully a lot of WCW’s biggest talent is already a part of the game, but the lack of Goldberg does hurt.  That being said, at $7.99, the pack isn’t too shabby and I’m all for having more wrestlers getting added to increase the roster. Casual fans might look at the DLC and pass, but I can see hardcore fans wanting to make sure to at least get Luger and DDP added to the mix.