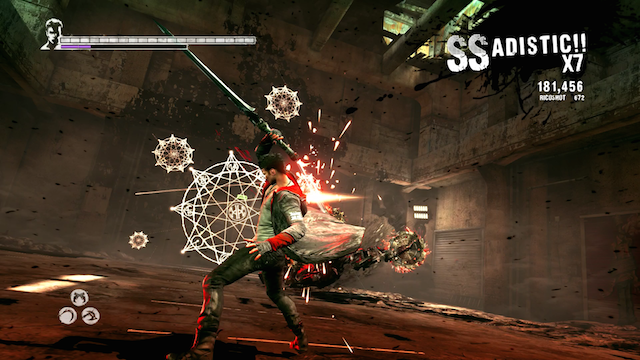 The Devil May Cry reboot seemed to divide fans, whether it was due to the overall style or the change in look of Dante himself. Nonetheless, the game was still pretty good for the Xbox 360 and PS3. However, Capcom is going to be remastering the game by way of DmC Devil May Cry: Definitive Edition, which is headed to the PlayStation 4 and Xbox One in March.

With the remaster, fans are not only getting a visually upgraded version of the game, but also all of the DLC packs, new costumes and some cool modifiers; not to mention some better gameplay tuning.

Having played the game for nearly an hour, I came away impress with how the game does in fact feel like a reworked version of the game that fans should enjoy. Players will have to really work hard this time around for SSS ranks, as combinations will pay off better than random button mashing, and parries take a lot more work to pull off. 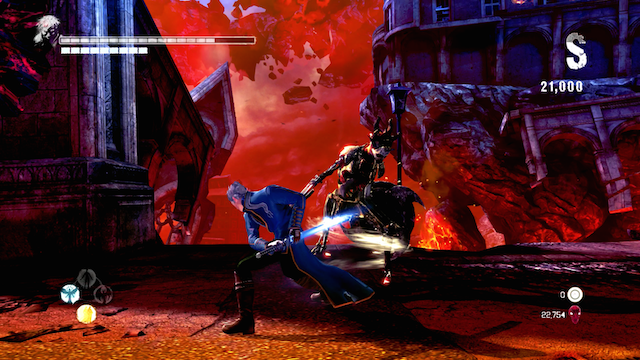 Ninja Theory also managed to get DmC to run at 60 frames per second (last-gen versions ran at 30 fps) in 1080p (on both consoles) and the gameplay feels great, especially when the action is fast-paced. Speaking of which, the developer also took advantage of the higher frame rate to sneak in Turbo Mode, which was a mod that was created for the PC version and in my opinion, feels even better than playing the game at regular speed.

Another much-needed feature is lock-on targeting, which thankfully has made it to this version of the game as well as the ability to remap the button layout. Then there is Hardcode Mode, which is for those who really want an old school DMC feel. It’s a gameplay modifier that you can turn on before missions, while Must Style mode is a modifier that forces player to reach S rank (or higher) in order to do any damage to enemies. 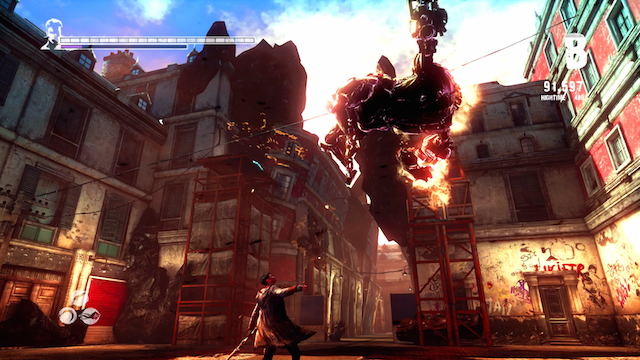 Players will also find a new Bloody Palace mode for Vergil, which I like the original mode for Dante, but you only get 60 levels instead of 100 (for Dante). You can however turn off the timer in Bloody Palace and the stages do have multiple phases where you’ll basically warp to different areas.

It’s safe to say that ‘so far, so good’ from what I’ve seen with DmC Definite Edition and I dare say it may turn out to be the kind of game that we were hoping for from the start.