Players can now take Selfies in World of Warcraft

The latest World of Warcraft patch introduced a quite popular trend in the game, to be more precise, it added a S.E.L.F.I.E. Camera — which does exactly what you think it would. Currently only available for those signed up in the World of Warcraft’s Public Test Realm, the camera will allow everyone to take funny or interesting pics of their in-game character.

The camera can be obtained by completing a level 100 quest named “Field Photography.”, which will unlock a standard camera. There’s also the option to upgrade it, to the more professional S.E.L.F.I.E. Camera Mk. II. It contains filters and other gimmicks, and can be obtained by completing the “Lens Some Hands” mission. I can already imagine the flood of pictures from World of Warcraft, just minutes after the patch is available for everyone. 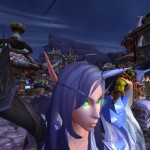 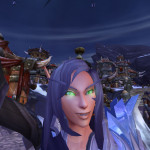