If the internet isn’t happy about something, they’ll let you know about.  Nintendo has been on the receiving end of a virtual tongue lashing for two recent decisions regarding their New 3DS line.  One criticism, regarding the lack of a charger, is legitimate.  The other, the lack of a standard size 3DS, is not.  Not offering the standard sized New 3DS to consumers at launch is a business decision that is best for Nintendo and most of their customers.

The World Is Finite

I’m sure Nintendo would like to offer both sizes of 3DS to the US.  After all, Nintendo put a lot of money into the development of it, and, as we’ve learned from Amiibo, people are all too eager to buy plastic Nintendo stuff.  Nintendo could probably make a pretty penny off of their interchangeable face plates.  So why isn’t Nintendo offering the standard size New 3DS?  Is it so Reggie could sit on a throne of New 3DS while laughing at us?  Probably not.

Believe it or not, Nintendo actually has to manufacture New 3DS models, they have to ship them to stores, and they need to have them on store shelves.  Nintendo can’t make an infinite amount of New 3DS units, and even if they could, stores are not going to stock every single unit Nintendo ships them.  Manufacturing capacity is finite.  Shelf space is finite.  Money is finite.  Warehouse space is finite. 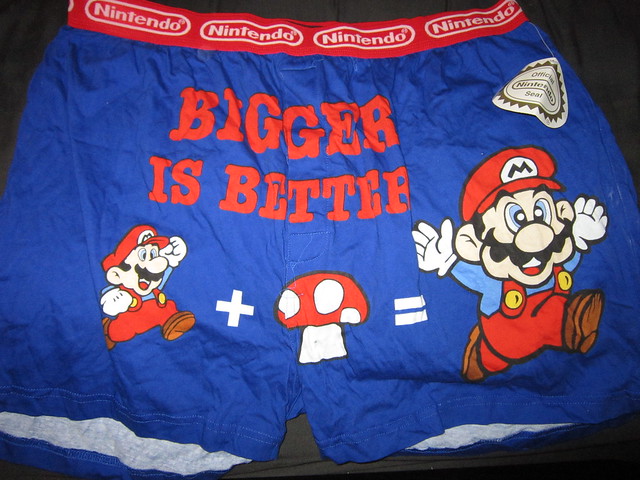 Just a few years ago, being small was a selling point for portable electronics.  We wanted things small and compact.  Nowadays, we want big screens.  The selling point of the newest iPhone is that it’s bigger.  My experience indicates that this is also the case with the 3DS.

I worked at a major retail chain for about 4 years, starting just before the 3DS was released.  Once the XL was available, sales of the standard size model sharply dropped.  Unless we had some sort of promotion, I’d easily sell 5 or more XL models for every one standard size model.  That’s probably a conservative estimate.  The promise of nifty face plates may change the the ratio, but not in a significant way.

Stocking the standard size New 3DS means stocking less of the XL version.  That means people who are all jazzed up about the launch are going to be asking for the XL model, and will be leaving home empty handed if it’s not available.  This is neither in the best interest of Nintendo, nor in the best interest of the retailers whose customers will look elsewhere.

It is in the best interest for Nintendo to keep as many XL units on the shelves as possible, and that also happens to be in the best interest of the majority of their fanbase.  Once the launch has passed, and Nintendo is able to produce a surplus of New 3DS units, then they absolutely should introduce the smaller unit in the US.  If they don’t have the New 3DS standard available by June, I’ll concede that Nintendo has made an error.  For now though, Nintendo is making the best move.

That’s not to say people shouldn’t let Nintendo know if they really want the smaller New 3DS.  By all means make your voice heard.  Just make sure that when you do so, you don’t wind up sounding like a petulant child who thinks Nintendo is withholding the New 3DS just to spite you.