Borderlands: The Handsome Collection coming to PS4, Xbox One in March

2K has announced that Borderlands: The Handsome Collection is coming to the PS4 and Xbox One on March 24 in North America (and internationally on March 27).

The collection includes Borderlands 2 and Borderlands: The Pre-Sequel, along with all of the DLC for both titles.

Both games will be in full HD and previously saved files can also transfer via the cross-save functionality. In addition, up to four players can play with four-player split-screen.

2K and Gearbox Software also announced that a limited edition “Claptrap-in-a-Box Edition,” which includes everything in the Handsome Collection, as well as a remote controlled Claptrap steward robot, a steel case and 12 exclusive lithographs will also be included.  The robot can actually be controlled with a smartphone app to move it in all directions while balancing on its wheel.  The Claptrap can also stream live video to a mobile device using its eye, and can say lines from the game.  There will be 5,000 units available worldwide and fans can start pre-ordering today via participating retailers for $399. 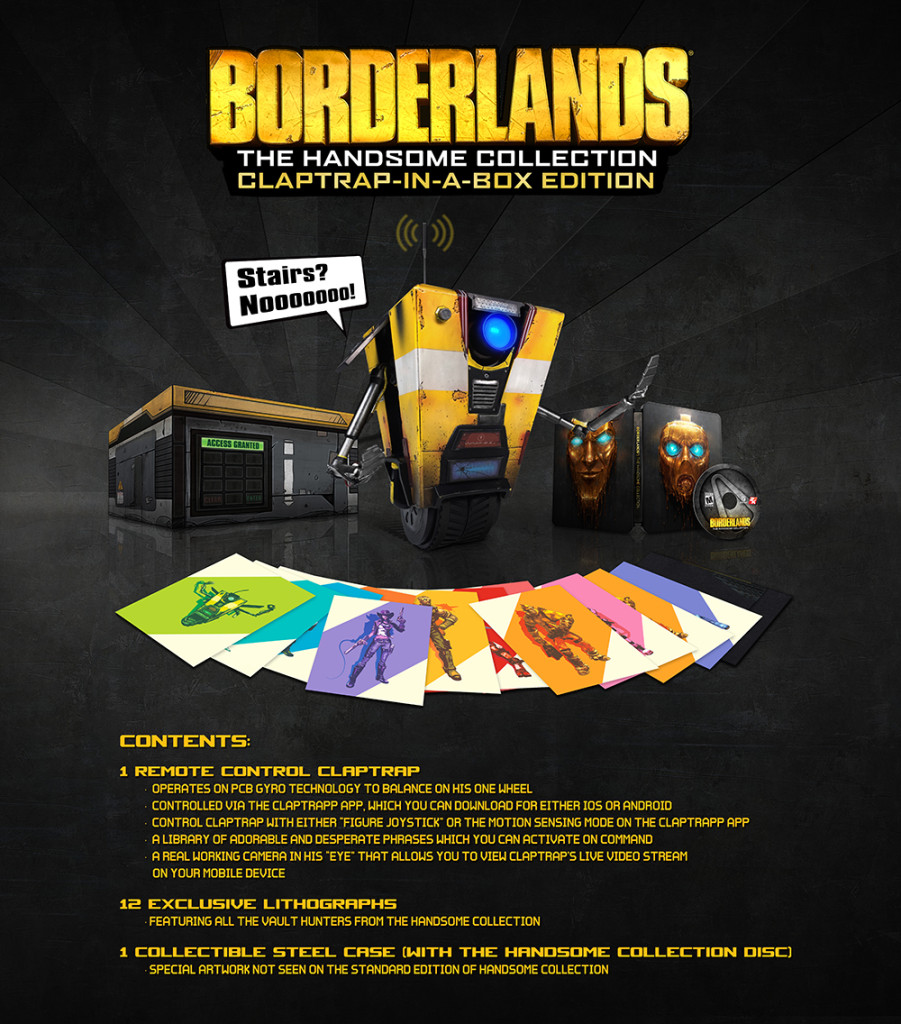