Back in 2002, GameCube owners were treated with arguably one of the absolute best game remakes ever produced. Not only was it a remake of the classic that basically defined (or redefined) the survival horror genre, but it was clearly handled with extreme care and seemed to be a labor of love to the original game. The Resident Evil HD Remaster provides a nice new coat of paint over an already beautiful and truly scary survival horror masterpiece. 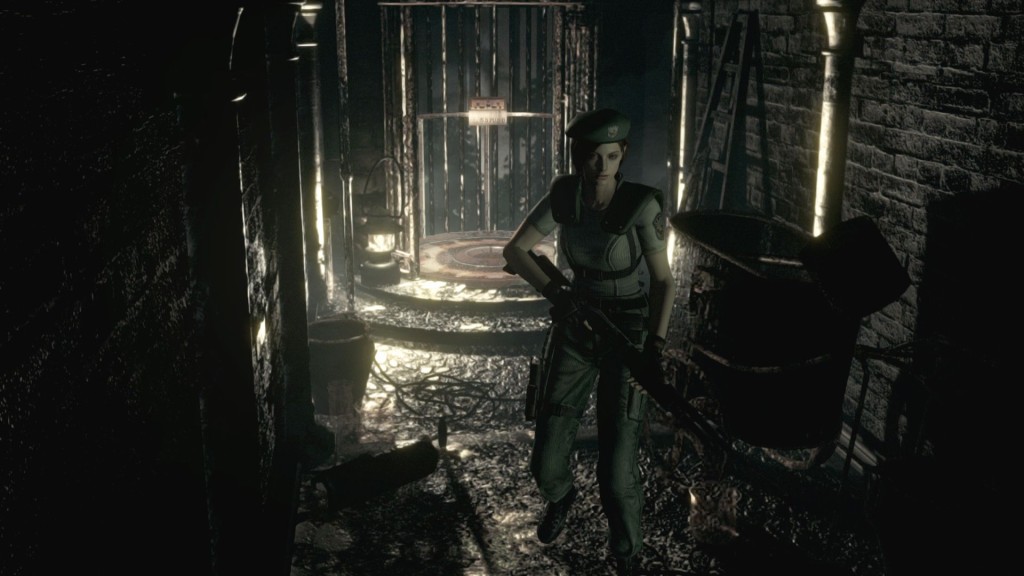 Now, unless you’ve been living under a rock, you most likely know what the game is all about. If the former is the case, allow me to shed some light for you. You start the game with the option to choose either Chris Redfield or Jill Valentine of the S.T.A.R.S. special ops force. While investigating some strange murders in the woods outside of Raccoon City, the S.T.A.R.S. team is ambushed and has to retreat to a giant mansion where a majority of the rest of the game will take place. Both characters control the same, but offer different and varied paths through the overall story, as well as wield a few different character specific weapons.

The camera is not free moving, but rather remains stilted as you roam through the mansion. This undoubtedly creates some very cinematic moments, but keeps the tension ramped up when you enter a new area and aren’t sure what just made that sound in the next dark corridor (Here’s a hint: It was probably a zombie…). These camera angles may seem like a step back to current gamers who are used to a freely controlled camera, but to me, it’s what makes this game so damn intense and unnerving. I can’t tell you how many times I walked into a new room and heard the sounds of shambling zombies, only to feel a sharp chill shoot up my spine as the camera angle required me to approach in a way that made me feel uncomfortable in order to find out where they were. It’s effective at creating a sense of panic. Oh, and don’t even get me started on the Crimson Head zombies. Those freaks are still just as terrifying as they always were. If you don’t know what I’m talking about, then make sure to have a change of shorts ready for when you finally do. 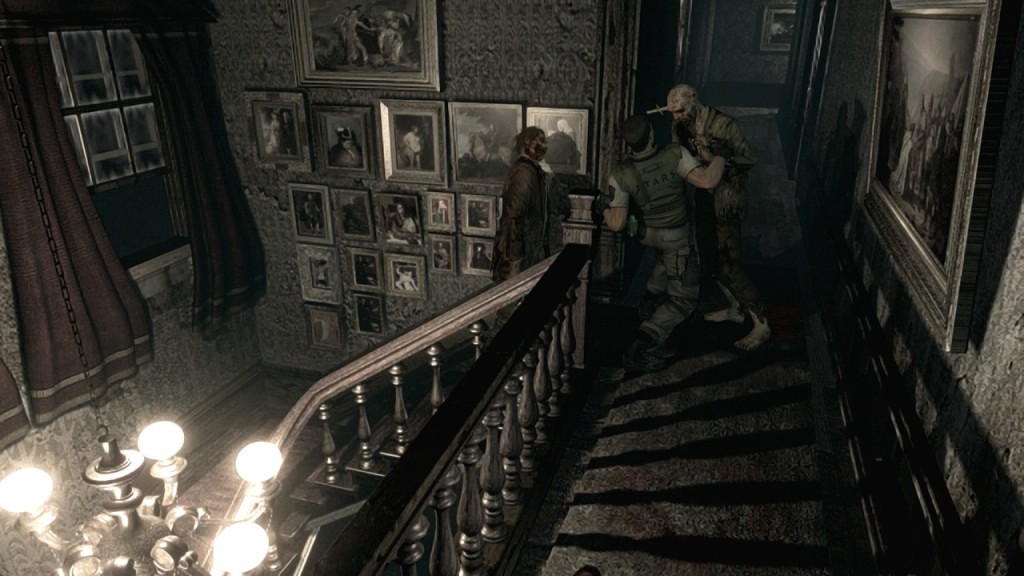 The graphics in this edition of the game remain largely the same as they did the first time you saw them, albeit with a new HD face lift. Many games that are given the updated HD treatment often show signs of their age, especially past the 10 year mark, but Resident Evil HD Remastered looks like it could have been developed for current gen consoles. The pre-rendered graphics that make up the backgrounds of every area you’ll explore no doubt aid this. The character models, ahead of their time in terms of realism back in 2002, look more clear and sharper than before as well. This is just a beautiful game all around.

As far as the actual gameplay, you’ll be pleased to know that it remains unchanged. Everything that was available in the original game is still here, and if you want to play with the old school “tank” controls, then by all means, go right ahead. To do so, however, would keep you from experiencing one of the best new options in the game. There is a new default movement setting that allows you to move your character in a full range of motion without having to turn and face another direction in order to move toward said direction. It helps keep the controls from getting frustrating and makes it bit easier to face off against enemies in tense situations. Some may argue that the old style control is what makes the game more intense and challenging, and that’s a fair point, but it’s still great to have a new option for purists and newcomers alike. 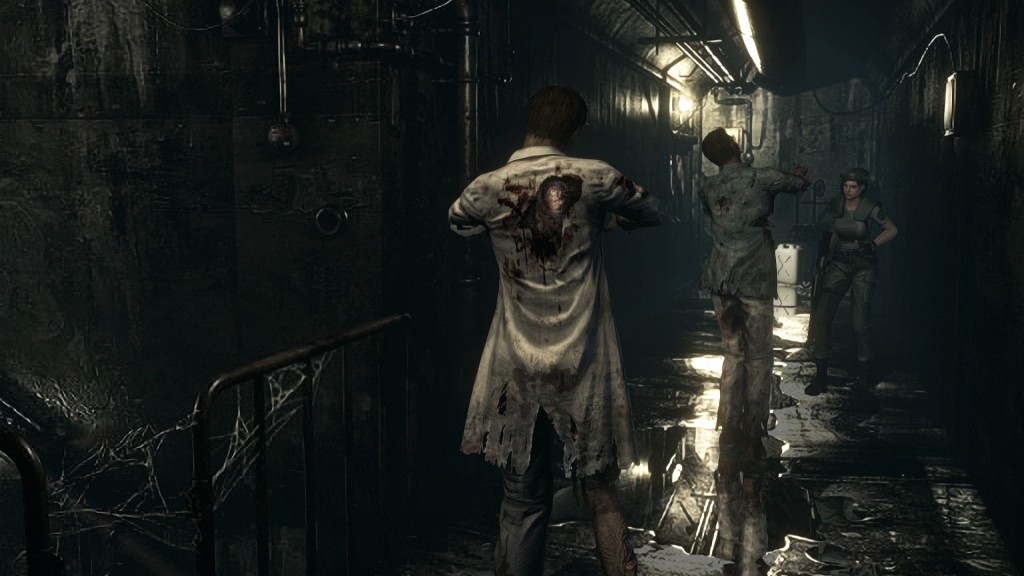 Any downsides? Well, some of the main issues I had with the original game are still present here. The limited inventory and need to constantly back track in order to switch out items can make you feel a sense of wasted time and often can get downright frustrating when you realize that a certain item you needed is locked up in a trunk in one of the few save rooms strewn about the mansion. It isn’t completely horrible, but I can’t help but feel that an opportunity was missed to make the inventory system a bit more forgiving in order to avoid some of the games longer stretches. Still, it means you’ll have to plan ahead and that can only make going into a new area much more strenuous on your already frazzled nerves, which is the goal in a game like this.

If you’ve never played the 2002 remake, and especially if you’ve never played the original Resident Evil in one of its many forms, I’d recommend this as a must buy. However, if you’ve played this remake before and/or the original… Well, I’m still recommending this as a must buy. Don’t miss out, especially if you’re a survival horror enthusiast like I am. This is a worthy addition to your collection.