This week, Microsoft‘s Xbox Live Service had a few problems on Xbox 360 consoles. There were issues that affected the purchase of digital games and DLCs, the access to cloud data and the functionality of some apps. Also, the users reported that games were missing from the store and that they couldn’t upload Worlds in Minecraft: Xbox 360 Edition.

After more than a couple of days, most of these problems seem to be fixed by the Xbox Live Team, according to the Xbox Live Service Status Page. 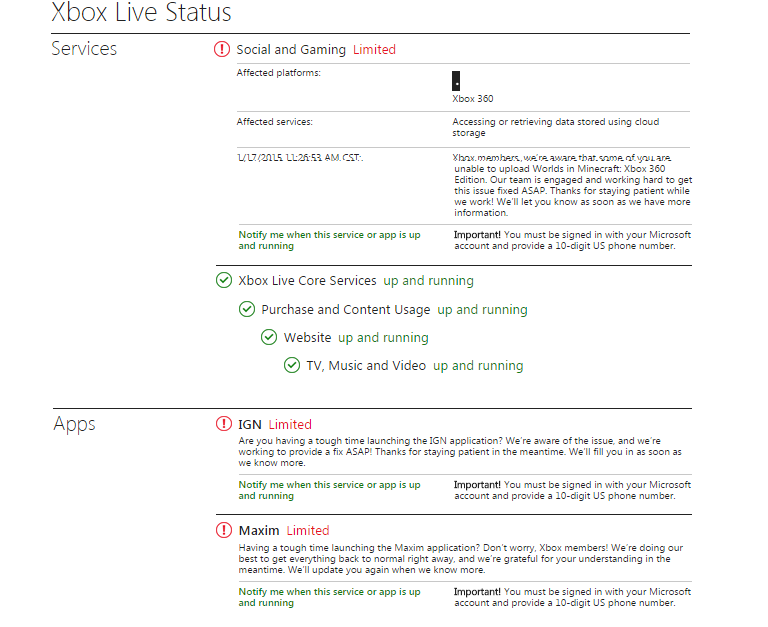 We still cannot use the IGN and Maxim apps at their full capacity and some of us may still experience issues regarding the acces to Cloud Storage Data, but I hope that these things will be fixed too in the next hours.