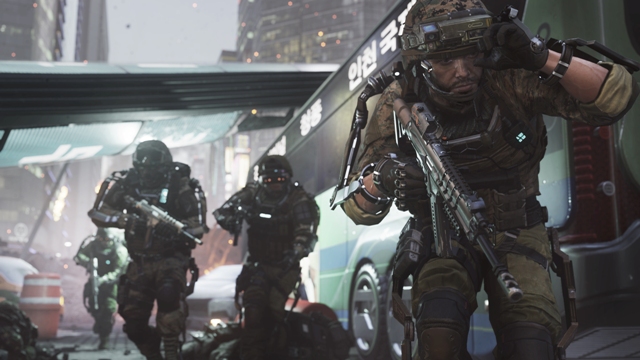 It looks like 2014 was a good year for Activision. The publisher announced today that Call of Duty Advanced Warfare was the top-selling console game of the year 2014 in the US and globally. The figures are based on revenue for physical game unit-sell through, per the NPD. In addition, Skylanders Trap Team was the No. 1 kids game of 2014.

Speaking on the announcement, Activision Publishing CEO Eric Hirshberg stated: “We’d like to thank our fans for making Call of Duty: Advanced Warfare the #1 top-selling video game in the world, Skylanders Trap Team the top-selling kids game in the world and Destiny the #1 new video game IP of 2014. As much fun as we had making these games, we’ve had even more fun playing alongside you. Stay tuned. We have more exciting games in store for fans this year.”

Hirshberg addded on the success of Skylanders and the Toys to Life category: “Skylanders continues its leadership position as the #1 kids video game franchise globally as well as in the U.S. by wide margins. As a global franchise in 2014, Skylanders is 30% bigger than its nearest competitor. And Skylanders Trap Team outsold its nearest competitor globally by 17%,” said Eric Hirshberg, CEO of Activision Publishing. “As the creators of the ‘Toys to Life’ category, we are thrilled to continue to lead it for the third consecutive year.”

Besides, Call of Duty and Skylanders, Activision also had a good year with Destiny. Destiny was the No. 2 top-selling console game of 2014 based on revenue. In addition, Destiny was the top-selling new video game intellectual property of 2014. According to physical game unit sell-through data from the NPD, GfK and Activision internal estimates, Destiny had the biggest launch of a new video game franchise in history.