Is this the end of review scores? 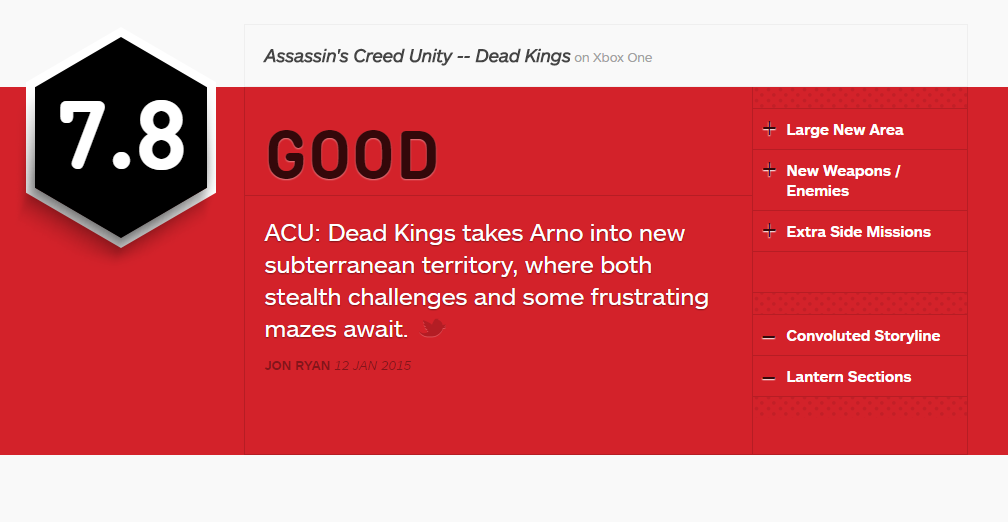 Popular gaming website Joystiq just dropped its review scores.The end of its reviews will include a few stand-out facts about the game but no five-star score. You’ll have to read the whole review for more information.

No site can predict a game launching completely broken and staying that way for weeks, which was often the case throughout 2014, especially when many reviews are published before or on release day. Some reviews have answers for that. Kotaku created the “Not yet” option for its reviews, which tells readers that they should wait until things are fixed or the game’s online components smooth out. The site will also return to games after some time to reevaluate. Polygon will update a review and alter the score should anything come up after publication. IGN initiated a re-review policy just last year.

All sites juggle with having to address games as static works or dynamic experiences that change over time. This struggle is blatantly apparent if you go back and read reviews of games like League of Legends and World of Warcraft and even more recently Destiny, or any game that has drastically changed over time.

Joystiq has decided to cover games as the static experience the writer had and cover any changes to it through other forms of coverage. Time will tell if this is a good answer to game reviews. Lots of people like to check review score aggregate site Metacritic, but with no scores, Joystiq won’t show up there anymore.

No scores inherently requires you to spend more time reading the piece. You can’t scroll to the bottom and derive the game’s worth from a score. But then there’s the argument of whether or not it’s fair or makes sense to reduce a game’s worth to a score. After all, games are complex combinations of several mediums of expression. Does a 7 out of 10 define a game with nuanced strengths and faults? Probably not.

Clearly, though, scoring systems don’t serve every reader. Do they serve the majority though? It seems likely given how fast online content is consumed, but several large sites are doing away with them anyway. The question is, will others follow?