Is The Elder Scrolls Online Coming to Xbox One on February 24th?

According to the Microsoft Store, The Elder Scrolls Online will be launched for Xbox One on February 24th! (now it has been changed to 2015) For the moment we should take just like any other rumours, until Bethesda confirms it or not. But the fact that the Microsoft Store revealed it and not a unknown retail shop, gives us enough reasons to believe that the launch date may be real. 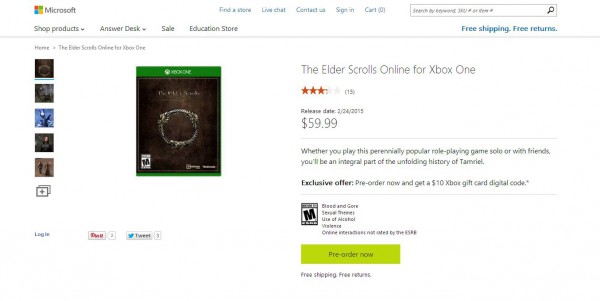 Also, The Elder Scrolls Online game director Matt Firor said in the past weeks that the fans should “expect to see lots of news about our console versions in early 2015”. What do you think about this rumour, can it be true or just something to reignite the interest about the game?