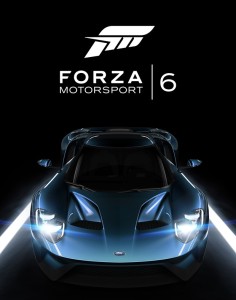 Microsoft and Turn 10 Studios just announced Forza Motorsport 6 at North American International Auto Show in Detroit, exclusively for Xbox One. The game’s cover will feature the new kick-ass Ford GT, while the game will have new cars such as GT, Shelby GT350 Mustang, and the F-150 Raptor.

“Just as Ford has pushed the boundaries of car technology in GT, Forza Motorsport 6will embrace that spirit of innovation as our most technically advanced racing simulation to date, offering a fun and realistic automotive experience for both car lovers and gamers,” said Dan Greenawalt, creative director at Turn 10 Studios. “We’re excited to unveil gameplay at E3 in June.”

Of course, the game will have a lot more cars and tracks… and maybe even some new features. We’ll just have to wait until this E3 to find out more about the next game in the Forza series. In the meantime, you can just play Forza Horizon 2 all over again — because it’s damn awesome!