Hideo Kojima, the man behind Metal Gear Solid 5: Phantom Pain, has uploaded quite a few new images from the game’s play test on PlayStation 4. While the images are not high-definition, as they are taken using a phone, you can still notice some fine in-game details.

Kojima also uses the in-game Chicken Hat, which will be available at release for everyone who wants to combine stealth shooters with funny hats. You can see the images below, and as well, on Hideo Kojima’s official Twitter page.

Metal Gear Solid 5: Phantom Pain will be releasing sometime in 2015 for PlayStation 4, Xbox One, PlayStation 3, Xbox 360, and PC. 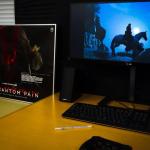 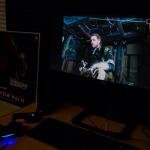 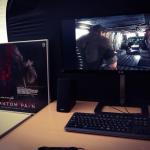 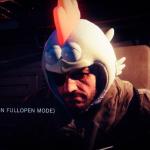