Lucario Amiibo preorders not cancelled after all (UPDATE) 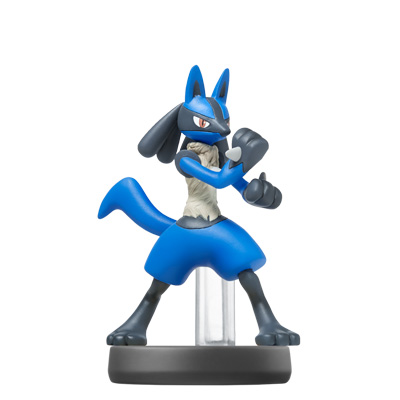 UPDATE
Looks like some customers were given a slightly different email telling them that their orders would not be reinstated, but that they would get notified this week when they could do their order again. This was the following email:

“Legally, we cannot reinstate your order(s) however we are working to put a process in place that will allow you to purchase these items within the week. We will be reaching out to you as soon as we have specifics and appreciate your patience and understanding. We sincerely apologize for this cancellation and the inconvenience it has caused and will be in touch shortly.”

ORIGINAL STORY
Over the weekend, Toys “R” Us Amiibo buyers received emails about their preorders being cancelled, including the exclusive Lucario Amiibo.  As it turns out, the cancelled Amiibo preorders from Toys “R” Us were in fact an error in their system, and as such, Toys “R” Us has issued an official statement sent out to all customers affected by the issue.

We are reaching out today regarding the recent cancellation that has occurred with your online order, #___________. Unfortunately, there was a processing error that caused your order to erroneously cancel. However, we want you to know that your order has been reinstated.

We thank you for your patience as we work to remedy this situation.

We sincerely apologize for any inconvenience this may have caused.

Despite this fix in their system, Toys “R” Us has issued gift cards and vouchers to several affected shoppers that called their customer service number, though now that it has been figured out, it is likely that they will no longer issue anymore for the situation.