Hyperdimension Neptunia U: Action Unleashed slashes up Vitas in Spring

Hyperdimension Neptunia fans should prepare themselves for fast-paced action. A new game in the series, Hyperdimension Neptunia U: Action Unleashed will be making a foray into the world of 3D action hack ‘n’ slash. The game will be available exclusively on Sony’s PlayStation Vita in both physical and digital forms.

Street brawling! For the first time ever, your favorite Neptunia characters will have to hack ‘n’ slash their way through waves of enemies in real time! In the free-roaming stages, you’ll get to create chain combos both on the ground and in the air.
Two-person party! With the Dual System, you’ll be able to switch between two characters on the battlefield. Balance out each character’s strengths and weaknesses to create the ultimate battle duo, and even get some new playable characters – some of whom might be familiar from previous Neptunia games.
Let’s get physical! The heat of battle can cause some wear and tear on your outfits. When you experience a “Costume Break,” your outfits will tear, lowering your defense but increasing your critical rate and EXE Drive Gauge. The road to comebacks is paved with ripped fabric!
Skills get the kills! Fill up the EXE Drive Gauge in order to clear the room with two tiers of special attacks, and you might just get a helping hand from your friend later on to perform some super special attacks! 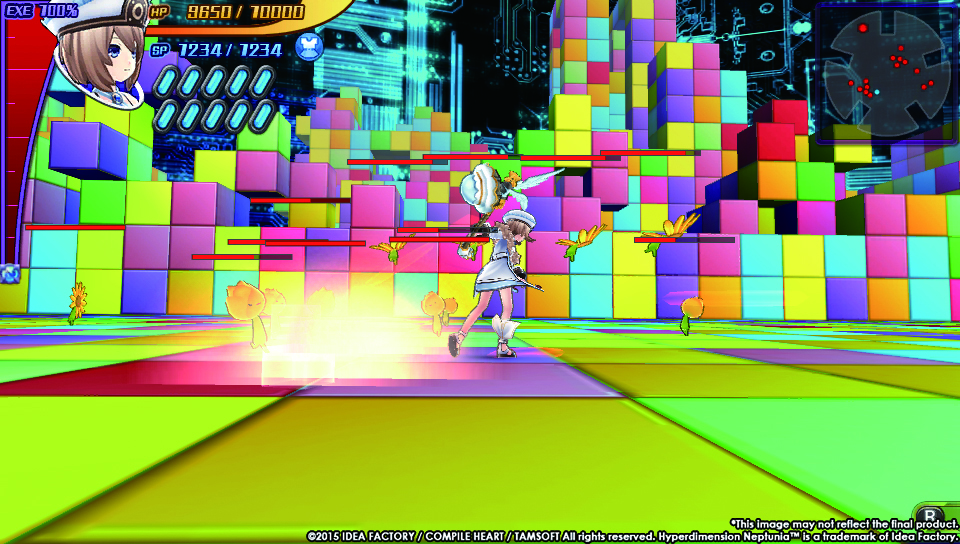 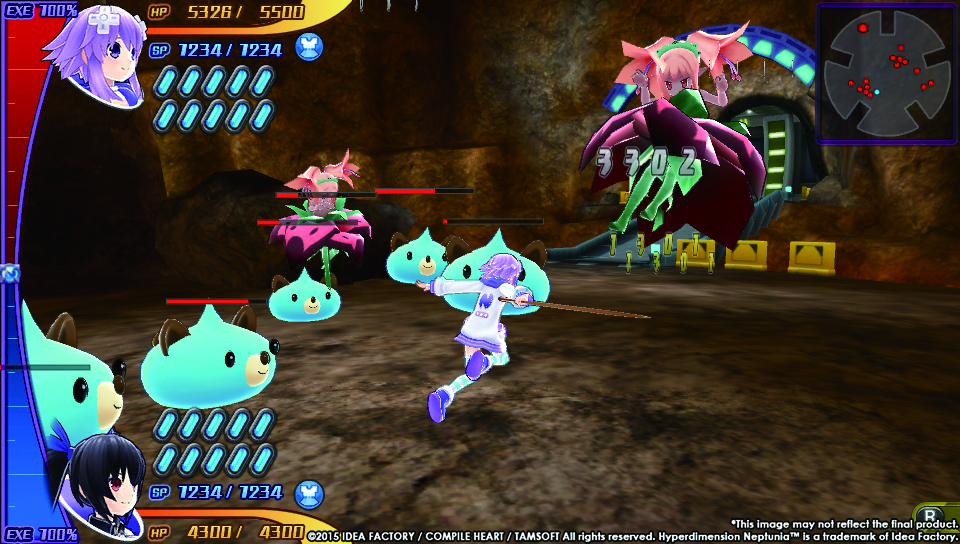 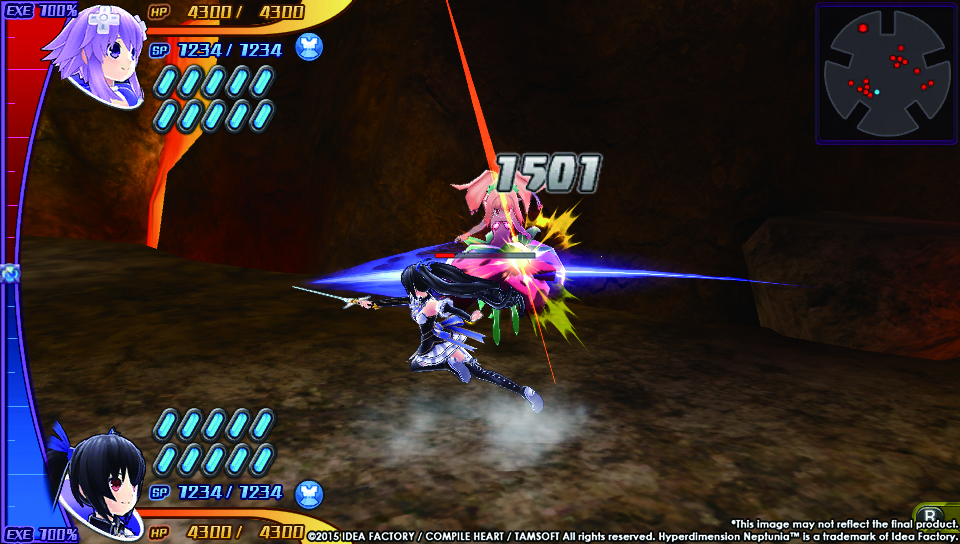 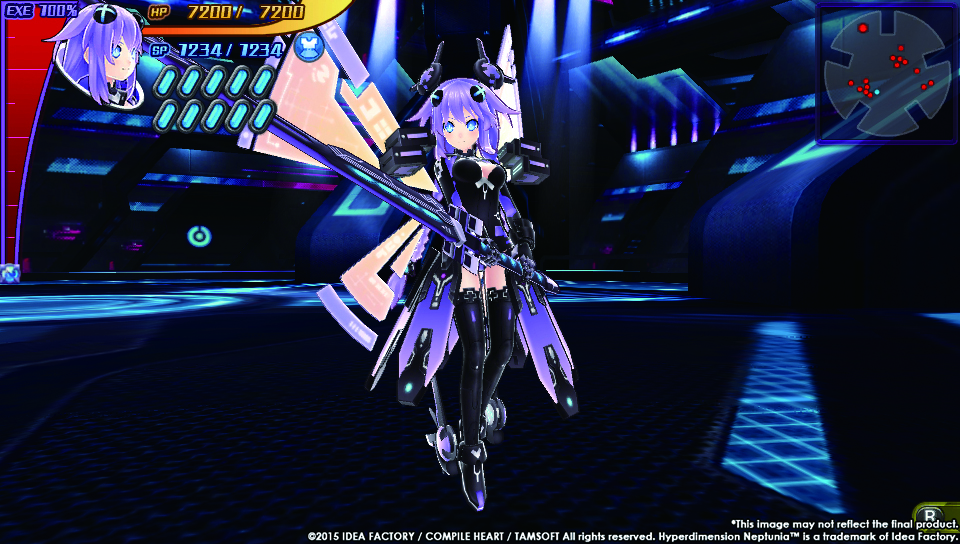 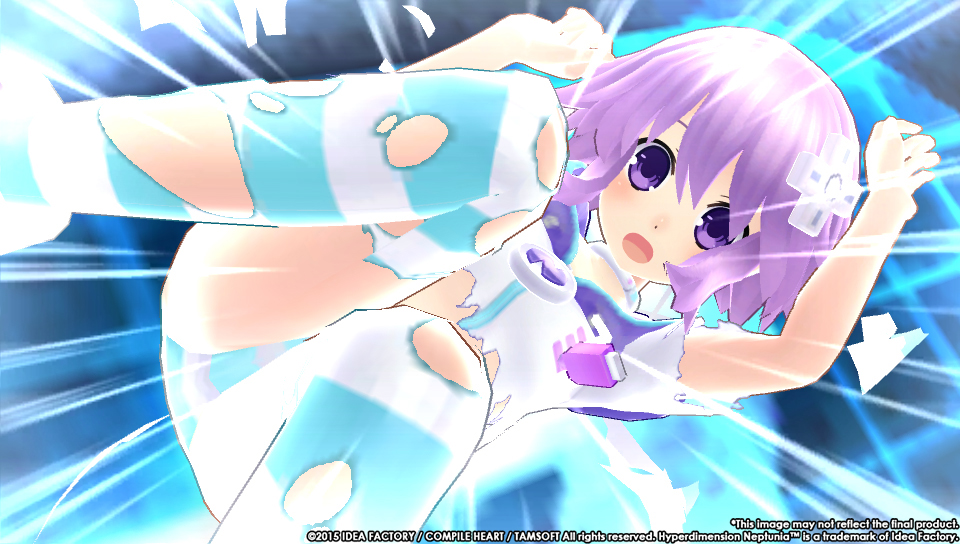 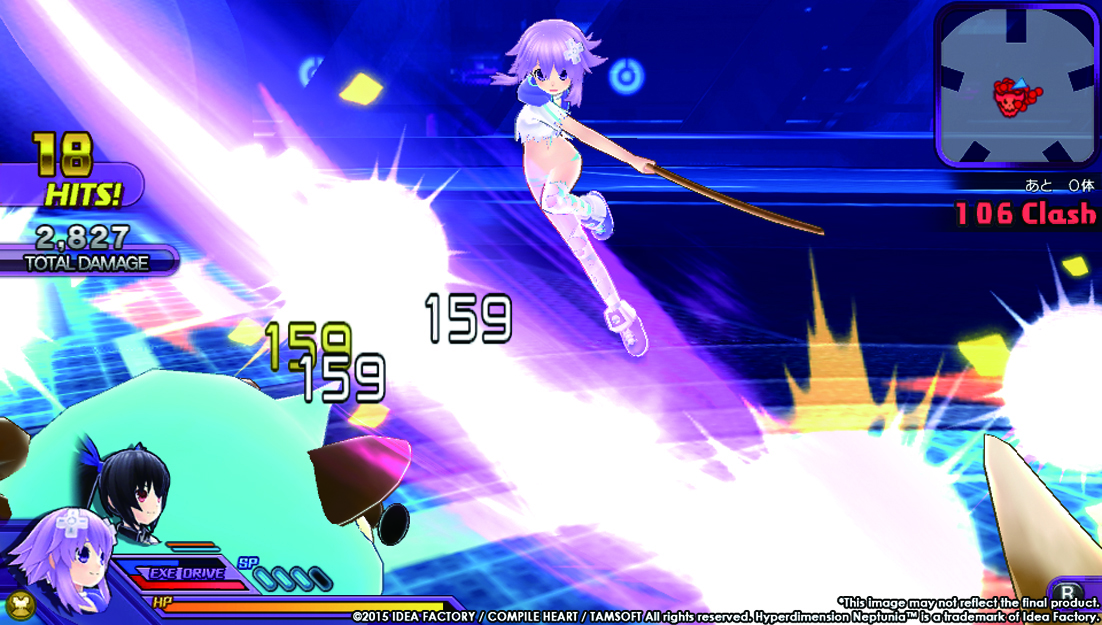