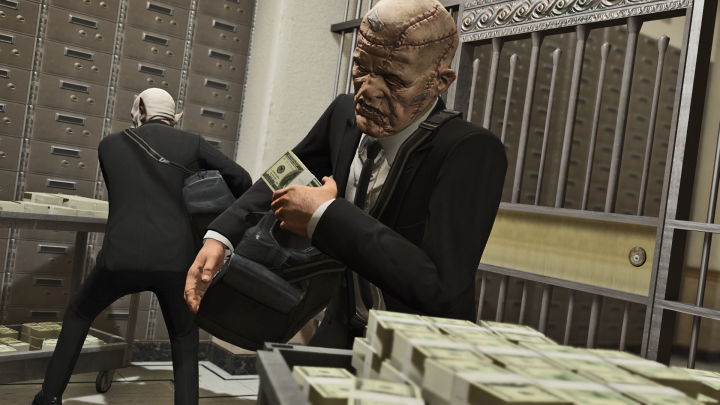 Even if there is no concrete release date, there still a hope as a trailer has appeared in which the GTA Online producer and lead mission designer, Imran Sarwar answers to the questions about the multiplayer Heists.

It seems that after many months of working at it, a four-player structure will be available in the game sometime in the future. This feature was missing from the game due to the fact that the team was focused on finishing the Xbox One, PlayStation 4, and PC port — but since those are done, it’s time for online heists. More details can be found in the source link.

It took a ton of work from our programmers and mission designers to make it work at the level we were happy with.

And while we’re not there yet, we’re getting close and Heists will be ready early in 2015.