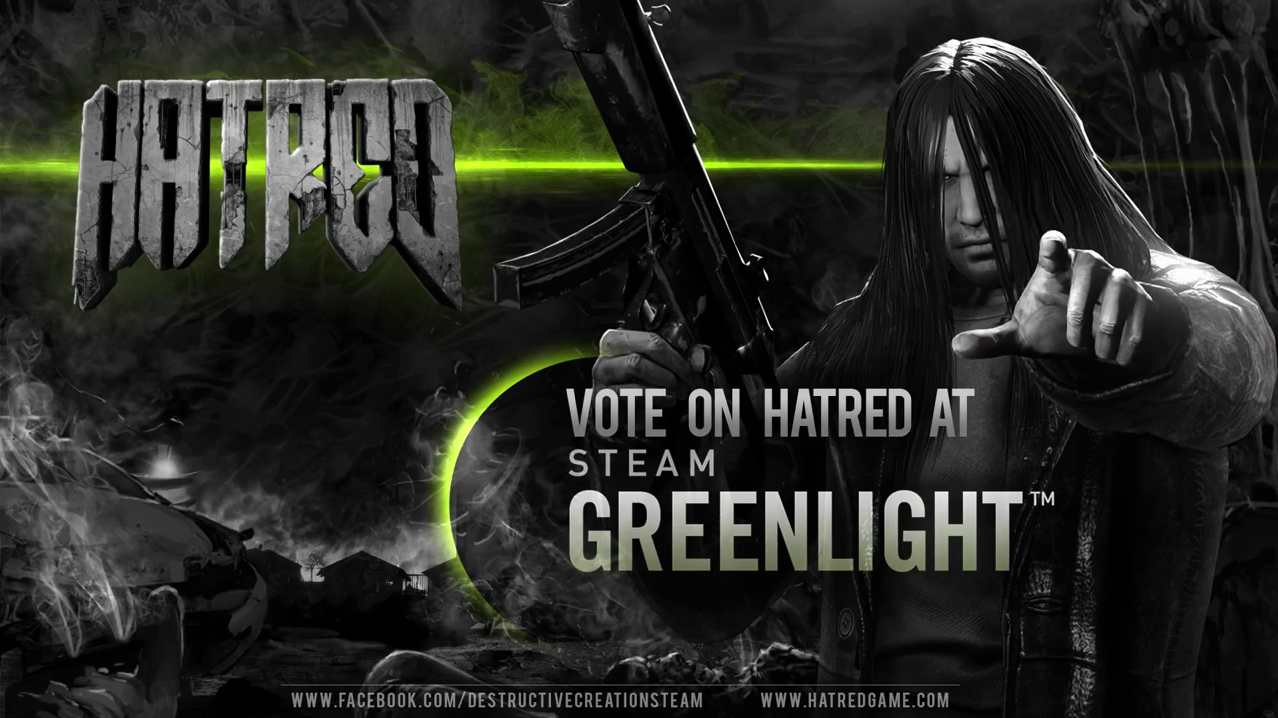 Many would describe this as a good decision. The game will have you play a darkly-clothed man who mercilessly slaughters people because he’s full of hatred, after all. It’s violent and reprehensible, especially in the face of the real, recent tragedies happening in the world.

But look on the other side of this decision and you see a company choosing to remove a game that it doesn’t agree with from its own, mega popular, closed platform. And in its program about ostensibly letting people choose what is publishes there too.

Apple has removed games from the iOS App Store that it doesn’t agree with in the past and almost did something similar last week by choosing to censor the nudity in Papers, Please because it was deemed pornographic. Valve’s decision isn’t that different.

Chris Franklin, creator of the critical video series Errant Signal wrestled with this problem on Twitter today after being prompted by another user.

Hatred getting arbitrarily removed from Greenlight underscores the problems with PC gaming being curated by one private company.

So… that’s a terrible situation to try to comment on. Do I support the closed platform holders or do I support the nihilistic game? — Chris Franklin (@Campster) December 15, 2014

Here’s some answers from other Twitter users he received.

@Campster 1) Steam needs real competition. 2) Steam can curate however they want, Hatred is despicable. I don’t see too much contradiction.

@fullbright @patrickklepek @Campster I’ve also been wondering: Would this feel like censorship to people if there were other big platforms?

The whole conversation is really worth reading.