Nobody is talking about Uncharted 4’s biggest problems to solve

Yes, the Uncharted 4 footage was beautiful. It was stunning, even, in some spots. Surprise, Naughty Dog is making a pretty game with a pretty jungle in it.

That’s not what’s most interesting, most worrying, about the footage we finally got to see. These are.

One of the most biting criticisms about the Uncharted franchise is how much the story ignores the main part of the game. Nathan Drake shoots and kills a lot of men and nobody comments on it. Of course, it’s not the game’s intention to do that, otherwise we’d get something as dark as The Last of Us, but Uncharted 4 is a chance for that to possibly change.

Neil Druckman, as he demonstrated in The Last of Us, is aware of the player’s role in a game narrative and likes to toy with that. With Druckman writing Uncharted 4, the series’ lead, Nathan Drake, could be portrayed from a different angle, one that might not be okay with the crimes he’s done. I would hope that the game’s humor and sense of adventure wouldn’t be damaged from this but rather altered.

If there’s one thing you should take away from the gameplay that was recently release, it’s that Uncharted 4’s combat arenas are full of possibilities, and will seem to have even more given Drake’s new rope. But outside of those set-piece moments, Uncharted has always been about walking straight through environments.

It’s hard not to look at The Last of Us and back and Uncharted 4 and start to want a game with more breathing room to explore and digest the world. It made sense to give players the opportunity to peek around a post-apocalyptic America. It helps you understand the tragedy and significance of it all. Uncharted 4 will inevitably take us to some ancient temple or building of some sort and I want to have the time to gawk at something similarly fantastical, something I’ll probably never see myself. 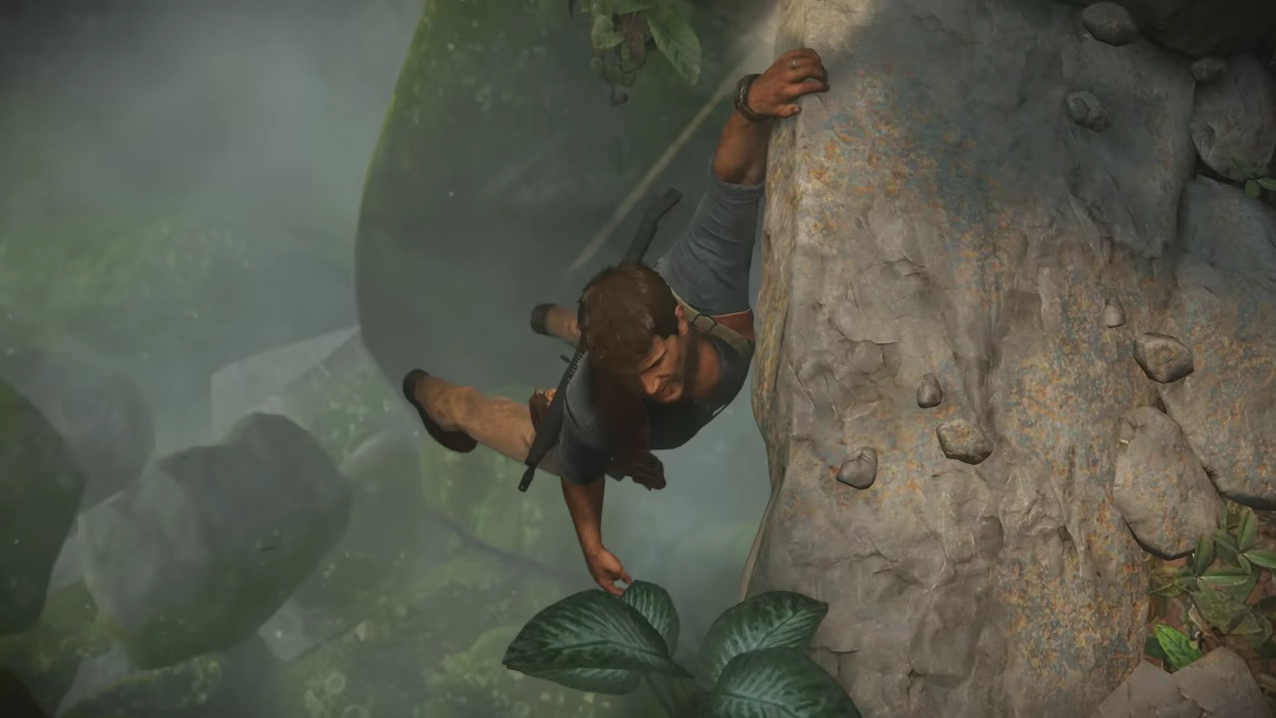 Simon Parkin was right in his potent observation of Uncharted 3. The Uncharted series has always tried to combine game and movie and produce an amazing middle ground, but it doesn’t always nail it. Whether or not you think that’s a goal worth even fighting for, this is essentially what Uncharted is all about.

This effect began to wear off and reveal its constraints in Uncharted 3. It’s clear about the fourth or fifth time you jump off a ledge the wrong way and are pulled back to do it right that the game wants to show you something specific and you need to perform it exactly as it wants.

I think this gives Uncharted 4 a chance to loosen that tie between director and player. It could let the player screw up and bridge that back into the direction the game would prefer. There’s a fascinating topic in game design about following through with the world you create. For example: if you give them a window in a house, it’d better show the world outside regardless if you ever actually go there. This can be applied to everything. If you can feasibly jump onto the wrong platform, you should be able to explore that possibility to its outcome. Naughty Dog has a skilled development team and I think if anyone could take the time to make this meaningful and functional, it would be them.