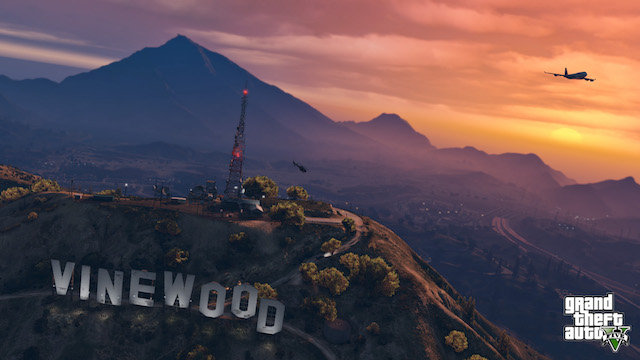 If you thought Grand Theft Auto V on the PS3 and Xbox 360 was fantastic enough, then the PlayStation 4 and Xbox One versions of the game will make you giggle with glee.

For those that played the last-gen version of the game, you’ll be happy to know that the new versions maintain the same campaign, side missions, vehicles and more. However, the game does bring a few new tricks for its current-gen incarnation.

For starters, the game looks very nice on the Xbox One and PS4, with a much higher resolution, enhanced textures, and overall, a solid boost in details. I also have to point out that when it rains in the game, it looks pretty awesome, while the views of San Andreas, especially at high levels, are downright impressive. 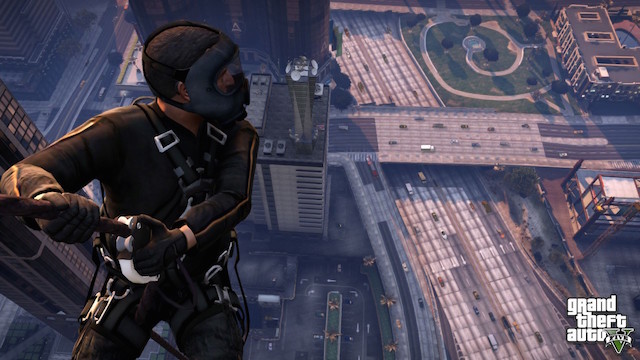 The game runs quite smoothly at 30 frames per second, while I will say that the PS4 version does have a slight edge in the graphical department. Regardless of which platform you play it on though, you’ll get some minor tweaks that enhances the gameplay. On the PS4, the DualShock 4’s speakers allow you to hear cell phone calls, while also ringing when someone is calling. Also when the police are chasing you, the light on the controller begins to flash red and blue, which was a nice surprise the first time it happened. On the Xbox one, you’ll get those rumble triggers going, which makes driving feel more immersive.

But while a couple of new additions to the game, along with better visuals are definitely cool, it’s the game’s first-person mode that really changes things up. This is the first time we’ve ever had something like this on a GTA game and playing it in first-person feels like a brand new game. No doubt, Rockstar did not have to develop a mode like this, and the game would’ve sold fine behind it, but whether it was to simply give players an unexpected treat, or perhaps is to test out this way of playing Grand Theft Auto, before deciding to do this in the future is anyone’s guess. Either way it’s pretty awesome and it gives players another reason to pick up GTA V again. Control-wise, the game feels like a traditional first-person shooter, but you can customize the controls in various ways. 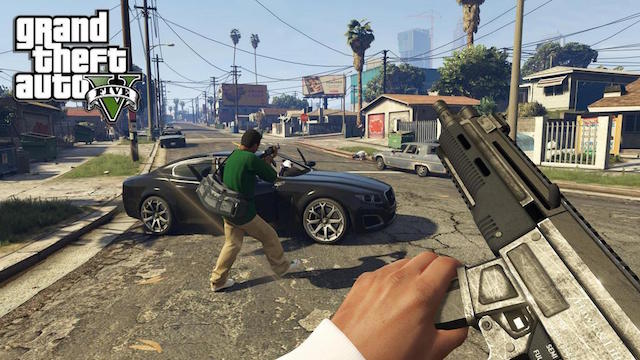 What impressed me the most is how Rockstar maintained the game’s visual quality while in first-person and animations that take place in regular mode still occur in first-person.

Grand Theft Auto Online also makes it to the PS4 and Xbox One and those who played on the last-gen consoles can also bring their characters over. Unfortunately, the online multiplayer can be a bit shaky as it pertains to multiplayer, but it has improved over the last few weeks.

All in all, Grand Theft Auto V is still an exceptional game to play and the improved visuals, added functionality of the next-gen controllers and an amazing first-person mode make this the definitive version to play.