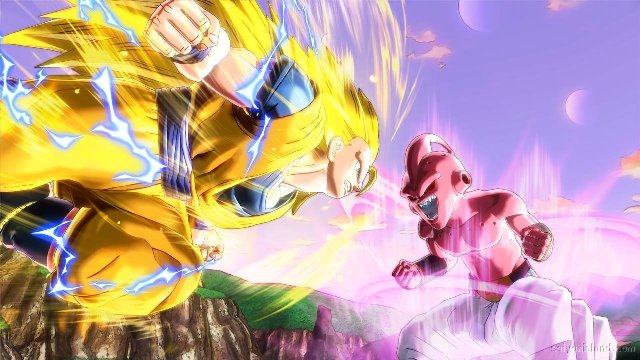 One of the games I opted to play at the inaugural PlayStation Experience on a total whim was Dragon Ball Xenoverse. Typically, I’m not a huge fan of the Dragon Ball Z video games, but I am enthusiastic about the Dragon Ball franchise. I grew up watching the anime on Cartoon Network and reading Akira Toriyama’s manga. I picked up the demo, and I was quite surprised that it is quite fluid and playable. Dragon Ball Xenoverse was easily one of the most pleasant surprises of the PSX convention.

The Dragon Ball games finally go next-gen with Xenoverse, and the results so far appear impressive. It looks like Dimps brought its A-game for the title. The most satisfying thing about the demo is how it vividly re-creates the action and fighting style of the anime and manga series, unlike any game I have previously tried to play. The fighting is 3D, but the action plays remarkably fast and fluid. I have nothing against 3D fighters such as Tekken, Dead or Alive or Virtual Fighter. However, I have found some installments of those franchises are a little clunky, with the more complex moves a little too difficult to pull off. Dragon Ball Xenoverse is a lot less intimidating, and the gameplay demo has an infinitely more satisfying effect.

The controls and character movement are very responsive. All the characters have teleportation abilities. So just like in the anime, Goku or Vegeta can suddenly flash out of the air and reappear behind their enemies. Taking the fights to the air adds another layer of fun and playability to the action. The control buttons can summon a special move pop-up menu. Saiyan characters like Goku, Vegeta and Gohan can use the menu to pull off their special attacks or go Super Saiyan. After those characters hit their Super Saiyan level, they have stronger attack options. With respect to the Dragon Ball Z show, that makes perfect sense. The game has a fun combo system, so you can definitely juggle attacks and create some awesome, massive combos, similar to how a Z Fighter will just pummel his opponent during the show. It was incredibly satisfying to pull off a successful multi-hit combo with Vegeta’s Gallick Gun or Son Goku’s Kamehameha. If I could compare this game to anything, it is like Super Smash Bros. made in 3D, with Dragon Ball Z characters. The game has a much higher level of accessibility and playability, similar to Super Smash Bros. 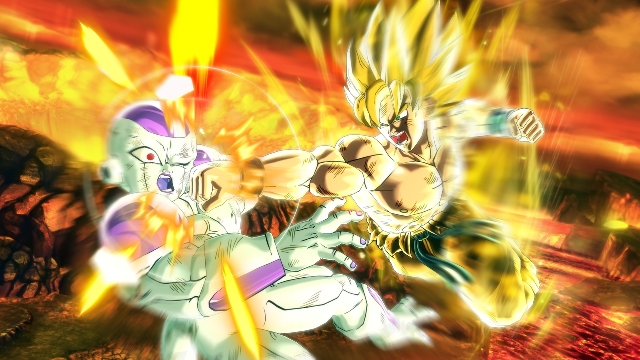 The playable demo at PSX only had two stages available, the World Martial Arts Tournament grounds and a more remote mountain area location. Playable characters for the demo included Goku, Vegeta, Young Gohan, Piccolo, Nappa and Raditz. Unfortunately, there were not a lot more to try out at PSX, but the final product will undoubtedly have many more characters from Dragon Ball lore. I am looking forward to the final game with a more massive Dragon Ball character roster.

Dragon Ball Zenoverse is due out for a February 17, 2015 release. The game will be available for PlayStation 3, Xbox 360, PlayStation 4, Xbox One, Wii U and Windows PC.