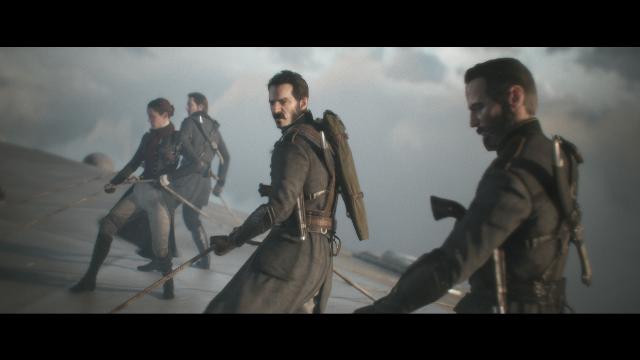 At the inaugural PlayStation Experience, Sony and Ready at Dawn Studios provided gamers with a new playable demo for the highly anticipated PS4 exclusive game, The Order 1886. The new third-person shooter made a great impression at the convention. Fans lined up for as long as three hours just to play the new demo. I played the new demo from start to finish. Earlier this year, I played the demo for The Order at the Electronic Entertainment Expo where I was disappointed with the short length and sparse content. The hands-on demo that was available at PlayStation Experience was much more satisfying and substantial.

The PlayStation Experience preview provided a sizable chunk of the game to play through. The demo appears to drop players into the middle of the story. General details of the story have already been released. In The Order, players assume the role of Sir Galahad; a modern day Knight of the Round Table for England. He is part of an elite order of knights that has been engaged in a war for centuries with a race of blood-thirsty werewolves, or Lycans, as the beasts are called in the story. There is also civil unrest for the empire in the form of rebel conspirators. The connection between the threat of the Lycans and the rebel conspirators is not clear. After playing the demo, the connection was still unclear. My theory is that the rebel conspiracy could go deeper into the British empire and perhaps even the Knights of the Round Table and The Order. The plot contains a great deal of intrigue. However, the rebel conspiracy and the Lycan threat almost come off as two separate plots in what should be separate stories. The game’s cinematic narrative looks very appealing. That said, I hope the staff for The Order will be able to juggle all these subplots in a satisfying manner so the story does not become a convoluted, disjointed mess. 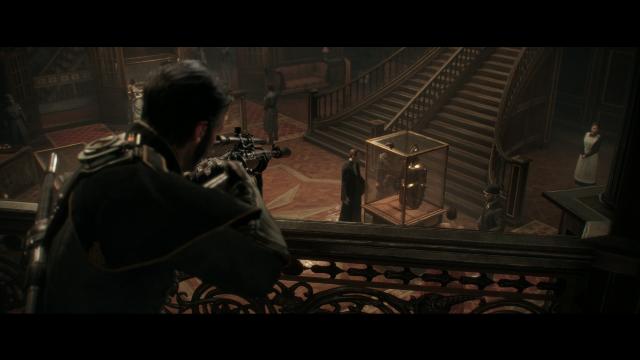 At the start of the demo, Sebastian Malory is leading in a tactical team in a covert operation for a blimp of the East India Company. The team includes Malory, Sir Galahad, Lafayette and Isabeau D’Argyll (aka the game’s designated love interest). At the start of the demo, players are able to rappel down a zeppelin as Galahad and enter the bowels of the ship. The group are there to identify and route out rebel conspirators, who have nefarious plans for the Empire. The group splits up, and Galahad and Lafayette are tasked with taking control of the cockpit. The next section has Galahad and Lafayette covertly taking out the guards of the blimp. This is a stealth section, where Galahad stalks and kills the guards. Next, Lafayette and Galahad take out the cockpit. I liked the play style of the section. It shows that the game will have a bit more variety than being a run-and-gun shooter. There are also additional mini-games, where Galahad uses a magnetic electronic device to short out fuse boxes or to unlock doors. Galahad eventually makes his way to a foyer, where a high-ranking member of the Empire is there being escorted by Isabeau’s older brother, who Sebastian and company did not expect to be here. Next is a sniping sequence where Galahad identifies and picks out targets. The rebel conspirators on board are in disguise, but their uniforms are lacking proper patches that the legit guards on the zeppelin wear. Galahad picks out the conspirators and takes them out with his sniper rifle before they can attack one of the Empire’s leaders.

Soon all hell breaks loose and more rebels show up. Here is where the action kicks into high gear. I really enjoyed the shooting combat for the game. The game has a great cover system, and the controls felt very responsive. The demo also included the melee combat, so Galahad can mix together melee attacks along with his weapons. In addition, there was a nice variety of guns to use in the game. The E3 demo only had the thermite rifle. There was a nice shotgun to use in the demo that packed a ton of power. There was a machine pistol and a machine gun rifle that packed a suitable wallop. After this sequence, The Order team identifies the rebel’s leader, an Indian female. The Order initiates an evacuation of the ship. Isabeau wants to stay and help Galahad, but he requests she leaves the ship to stay safe. Galahad clearly has feelings for her. Sebastian and Galahad stay on board to pursue the rebel leader. The two fight through the kitchen area of zeppelin in another extended shootout sequence. The room gets cleared out before the scene ends with another cut scene. 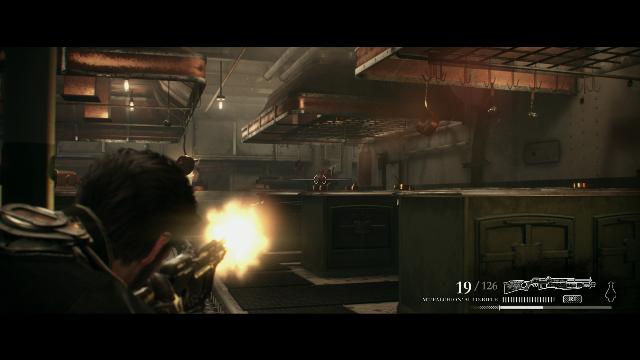 I was quite happy with how the demo turned out. It left me with a much better impression of the game than I had after playing the E3 demo. The cinematic narrative style of the game definitely pulls me in. In many ways, the gameplay reminds me of the Uncharted series. It mixes third-person shooter action, and players can go from gunning to running up and knocking out an enemy. Graphics and visuals were immaculate. The graphics consistently look like the graphics from a high quality CG cut scene. Not to mention, the incredible art design and look of the world of The Order 1886. I am a huge fan of the Steampunk genre, and sci-fi mixed with Victorian-era London. Couple that with the supernatural aspect with the Lycans, and the game gets even more interesting.