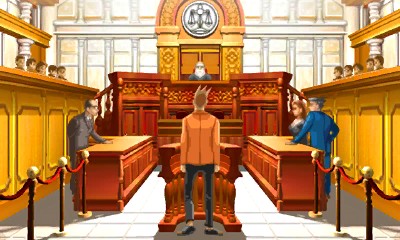 The Phoenix Wright: Ace Attorney Trilogy is now available on Nintendo eShop. Gamers can now experience the original trilogy that started the legendary attorney’s journey in this collection of classic games.

The Phoenix Wright trilogy is well known for delivering intriguing storylines full of drama, twists, intense courtroom showdowns, and an ever-growing comical cast of characters. The remastered versions of the games include newly remixed sound, high resolution re-drawn graphics, and even 3D support, allowing them to look and sound even better than they originally did.

A new feature, specifically the Japanese version of the game, “Gyakuten Saiban 123 Naruhodo Selection,” will also be available, allowing gamers to swap between the Japanese and English versions in-game. Capcom has also shared some new comparison screens today, which you can find at the end of this article.

Phoenix Wright: Ace Attorney Trilogy introduces rookie lawyer Phoenix Wright during the early years of his career on his quest to find the truth. Players will need to investigate crime scenes, collect evidence, and question witnesses to prepare for epic courtroom battles and prove the innocence of their client. Nothing less of a full acquittal will do in this court of law. Players must find the contradictions in
witnesses’ testimonies and expose the truth! 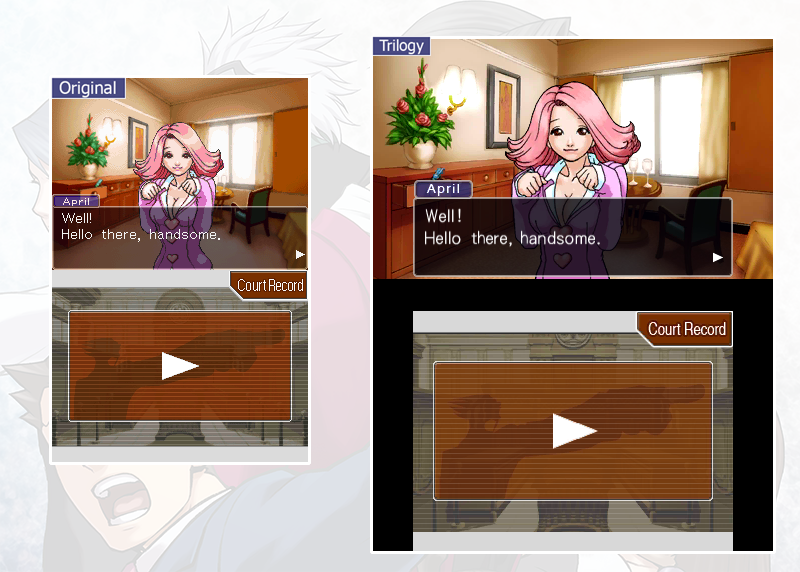 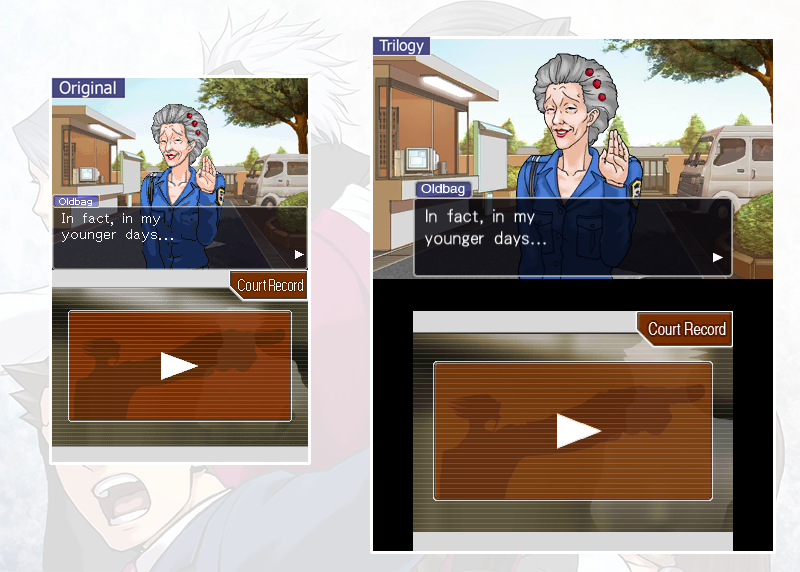 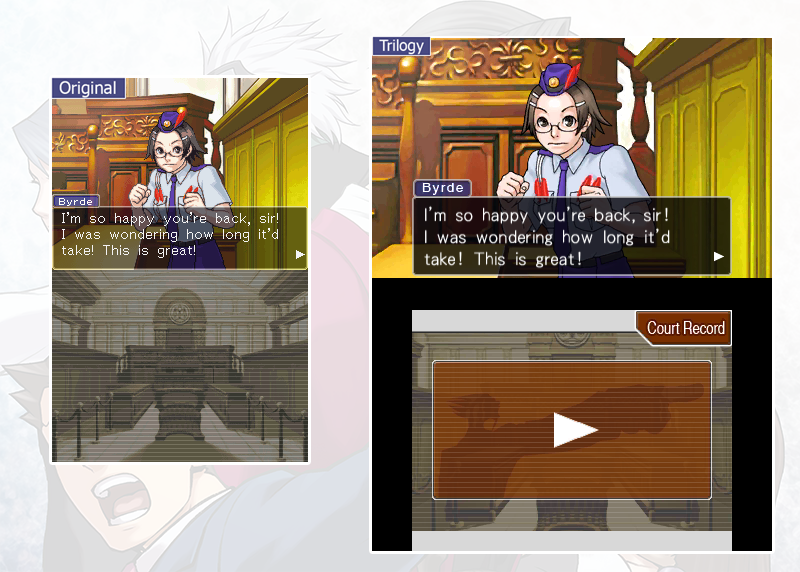 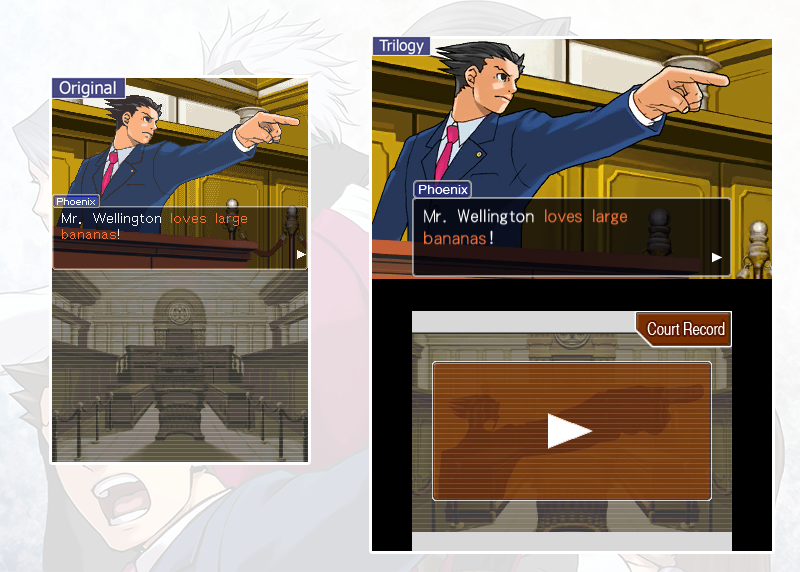 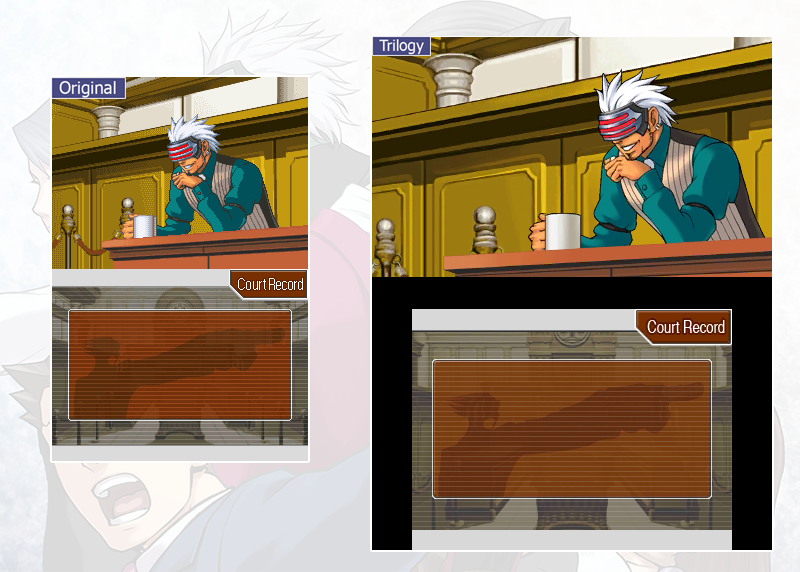 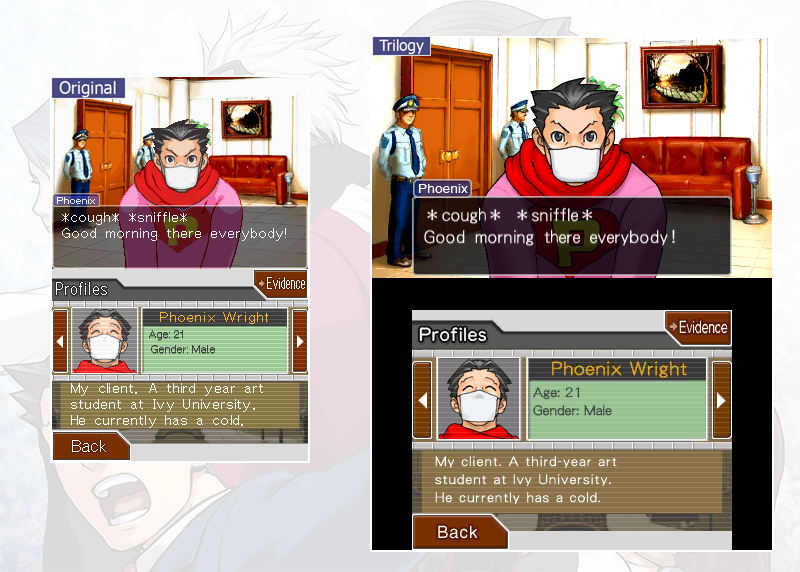