How To Make GTA V Even More Immersive GTA V’s new first-person shooter point of view has been a tremendous success and it is acclaimed by every single GTA fan, and not only. Gamers that did not particularly enjoyed GTA’s third-person view, like hardcore fps fans, are all going bonkers on this new experience as well. But the most important quality of this “mod” is Rockstar’s attention to details which creates a very high level of immersion. From shagging prostitutes to slaughtering pedestrians with an axe, it’s all both exciting and incredibly terrifying. But there are ways to increase this immersion by A LOT.

Surely I’m not the only one who thought of this, but just imagine yourself playing GTA V with Oculus Rift. Players all over the internet are already saying that flying a helicopter or a jet plane while in first-person view is already mind-twirling and adrenaline-pumping, so imagine what happens if you combine this with a VR Headset.

Whether it’s the Oculus Rift or the upcoming Playstation’s Project Morpheus, I would love to see added support for this kind of gadgets. Because GTA V has it all – driving, flying, skydiving, violent shooting and fighting, and even those dull side-activities like tennis or darts that now would be far more exciting and attractive. Plus, who doesn’t want to have fun with a stripper while in first-person view mode? That’s POV right there and don’t act like you won’t try it, you little pervert. 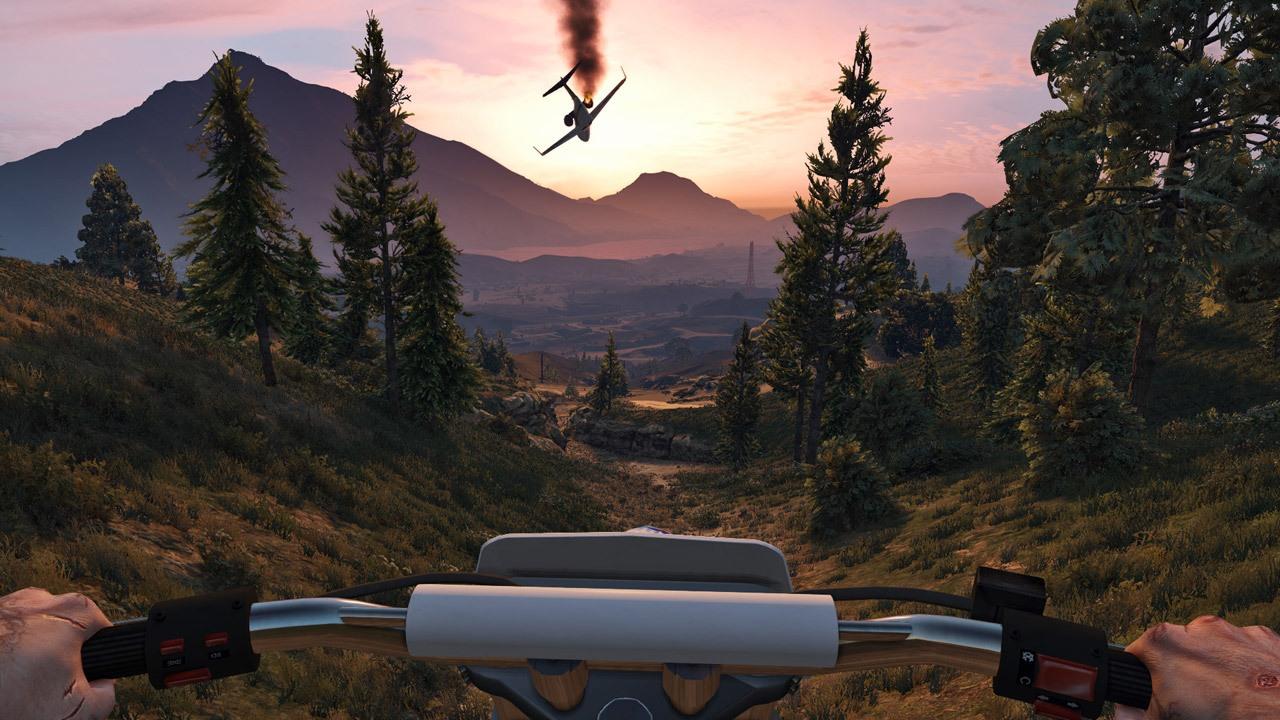 Now, if this does not happen for a number of possible reasons like the devs being unable to implement VR support (which I honestly doubt) or the tech not being fully developed or mature enough (which is a more believable scenario), there’s always the 3D support.

The 3D gaming fashion was a “hit and run” chapter in the gaming industry that didn’t last too long. Sony’s Playstation 3 was the first candidate to feature such technology, but not only that there weren’t too many games to take on the 3D capability, they also weren’t interesting enough. And that was because of the 3D’s poor implementation, developers going for the stereoscopic approach which we all know isn’t that advanced and immersive. Also, this technology didn’t die, it was simply postponed in order for the market to get mature enough to easily support such “gimmick”, as owning a 3D TV is still not a casual thing these days.

But playing GTA V on a big screen 3D TV could also be seen as a pretty immersive experience, especially if it’s done right. The bad part is that the 3D capability of the game could only be added and not fully developed from the beginning, in tandem with the title. So yes, it would probably not be the best kind of 3D, but it could still deliver a nice experience.

So is Rockstar sitting on a gold mine here? Could their game provide a major starting sale point for when VR Headset finally get to see the light? The odds are, it won’t. But surely, if they keep this first-person mod and implement it in the future GTA series installments, they could be the pioneers of a new era in gaming. I know this all sounds a bit over the head, if not sci-fi, but if there’s a tiny little possibility that I’ll be doing all the things you can do in GTA while in full-immersion mode thanks to the VR technology, I’m allowed to hope and daydream about it. After all, who doesn’t want to feel like they’re actually jumping from the top of a mountain while on a bike?